Song of Songs: A Novel of the Queen of Sheba by Marc Graham (Review)

Posted by Laura at Library of Clean Reads on May 20, 2019 in Adult Book Reviews Historical Fiction Marc Graham Queen of Sheba | Comments : 0 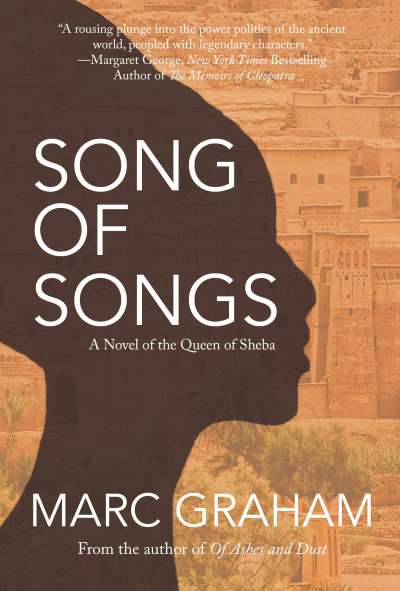 I have always been fascinated by the Biblical account of the Queen of Sheba. If you like historical fiction set in the ancient world, this one is a good one.

Lift the veil of legend for the untold story of Makeda, the Queen of Sheba, and Bathsheba, wife, and mother of Israel’s first kings.

When Makeda, the slave-born daughter of the chieftain of Saba, comes of age, she wins her freedom and inherits her father’s titles along with a crumbling earthwork dam that threatens her people’s survival. When she learns of a great stone temple being built in a land far to the north, Makeda leads a caravan to the capital of Yisrael to learn how to build a permanent dam and secure her people’s prosperity.

On her arrival, Makeda discovers that her half-sister Bilkis (also known as Bathsheba) who was thought to have died in a long-ago flash flood, not only survived, but has become Queen of Yisrael. Not content with her own wealth, Bilkis intends to claim the riches of Saba for herself by forcing Makeda to marry her son. But Bilkis’s designs are threatened by the growing attraction between Makeda and Yetzer abi-Huram, master builder of Urusalim’s famed temple. Will Bilkis’s plan succeed or will Makeda and Yetzer outsmart her and find happiness far from her plots and intrigue?

I have always been fascinated by the Biblical account of the Queen of Sheba who traveled to Jerusalem to meet King Solomon. She had heard of his achievements and his great wisdom and wanted to see it with her own eyes. She arrived with an impressive entourage with camels carrying balsam oil and great quantities of gold and precious stones. The account states that she spoke to King Solomon about everything that was close to her heart and she tested him with perplexing questions, all of which he easily answered her.

So when I had the opportunity to read Song of Songs, I was very interested. The story is told alternately from the perspectives of three characters: Makeda (Queen of Sheba), told in the first person, Yetzer (master builder of the temple), told in the second person, and Bilkis (Bathsheba), also told in the second person. The story follows the lives of all three from childhood into adulthood until they merge and clash in the last third of the novel.

The author does such an impressive job of creating and developing these three characters who drive the story just by their personalities alone. The secondary characters were excellent too. I loved Makeda's story the most. She was smart, resourceful, a natural true leader, wise and good from a young age. I wish that Makeda and Yetzer would have met sooner in the book. I feel some of Yetzer's story could have been trimmed (the spiritual testing part was long) and more spent on the latter part of his story. Bilkis was formidable and knew how to look out for her own interests at any cost.

Although this book was based on Biblical accounts, they do not follow the accounts closely and are inaccurate, so if you enjoy books based on Bible people, this is not Christian fiction. As a matter of fact, the author puts a twist on most of the accounts having to do with these characters and he makes use of his creative license to mold them into different characters altogether.

I also loved the Mesopotamian setting that the author brought to life. I could easily picture the desert lands, the temples, the back-breaking work of the stonemasons and the ancient gods they worshipped. The author built an epic story of three very different characters who rise from nothing to greatness, all in their own ways.

Song of Songs is historical fiction that leaves the reader satiated. It's well-written and plunges the reader into a world filled with political intrigue and ancient religious practices. It fills the reader with a myriad of emotions. Marc Graham is definitely an author to watch out for, a true storyteller, and I will look for more of his books to read. 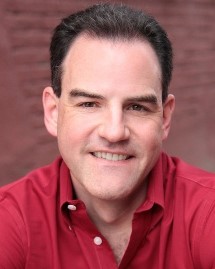 Marc Graham studied mechanical engineering at Rice University in Texas, but has been writing since his first attempt at science fiction penned when he was ten. From there, he graduated to knock-off political thrillers, all safely locked away to protect the public, before settling on historical fiction. His first novel, Of Ashes and Dust, was published in March 2017.

He lives in Colorado on the front range of the Rocky Mountains, and in addition to writing, he is an actor, narrator, speaker, story coach, shamanic practitioner, and whisky afficianado (Macallan 18, one ice cube). When not on stage or studio, in a pub, or bound to his computer, he can be found hiking with his wife and their Greater Swiss Mountain Dog.