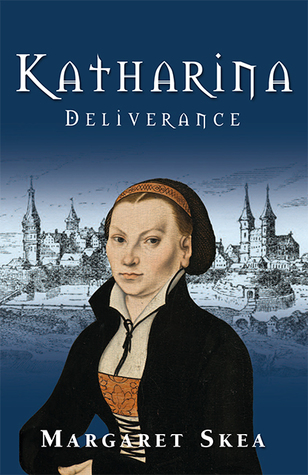 It is very shameful that children, especially defenceless young girls, are pushed into the nunneries. Shame on the unmerciful parents who treat their own so cruelly.’ Martin Luther

Following the death of her mother and her father’s remarriage, five-year-old Katharina is placed in the convent at Brehna. She will never see her father again. Sixty-five miles away, at Erfurt in Thuringia, Martin Luder, a promising young law student, turns his back on a lucrative career in order to become a monk. The consequences of their meeting in Wittenberg, on Easter Sunday 1523, will reverberate down the centuries and throughout the Christian world. A compelling portrayal of Katharina von Bora, set against the turmoil of the Peasant’s War and the German Reformation … and the controversial priest at its heart.


The winds of religious thought are blowing and changing direction in the 1500's; nowhere more so than in Germany, for the Reformation, the breaking away from the teachings of the Catholic Church has begun. These events are the backdrop of this excellent historical fiction.

It's good to remember that there are very real people at the heart of it, some known, but many unknown or obscure. One of those is Katherina Von Bora, a child from a respectable family who grows up as a nun. She and others in the nunnery hear talk of Martin Luther and his "heretical" ideas. There are rumblings of religious discontent and dissent everywhere. Following a few years of reading Luther's teachings, Katharina and some of her friends escape the nunnery and become ordinary people. Of course, first and foremost, these young women must find husbands. Katharina would probably have been unknown or obscure, except for her choice of husband, the Reformer Martin Luther.

I enjoyed the author's vivid descriptions of the marketplace, the gowns of the 1400''s and life in general in medieval Germany.- "the snorting of horses and the jingle of harness and the creak of an axle followed by the slap of shoes on the ground…."

Although this is a book primarily about Katharina we learn something about Martin Luther through his quotes at the beginning of each chapter as well as the author's physical description and temperament of Luther – "listening to him is like being caught in a storm, all thunder and lightning and relentless rain."

This is not primarily a love story as such, but it becomes clear that Katherina and Martin grow to love each other and together accomplish much in their lifetime.

There are more books to come from this author on Katharina. I can hardly wait to read them as I love historical fiction that authentically weaves facts and interpretation together.

Disclosure: Thanks to Margaret Skea for sending me this book for review. I was not compensated in any other way, nor told how to rate or review this product. 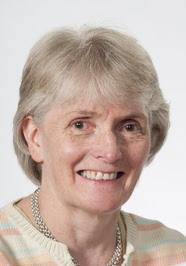 Margaret Skea grew up in Ulster at the height of the 'Troubles', but now lives with her husband in the Scottish Borders.

A passion for Scotland's turbulent history, the 16th century, and her Ulster-Scots heritage, led to the writing of Turn of the Tide. which was the Historical Fiction Winner in the 2011 Harper Collins People's Novelist Competition.

An award winning short story writer - her recent credits include, Overall Winner Neil Gunn 2011, Chrysalis Prize 2010, and Winchester Short Story Prize 2009. Shortlisted in the Mslexia Short Story Competition 2012 and long-listed for the Matthew Pritchard Award, Fish Short Story and Fish One Page Prize, she has been published in a range of magazines and anthologies in Britain and the USA.