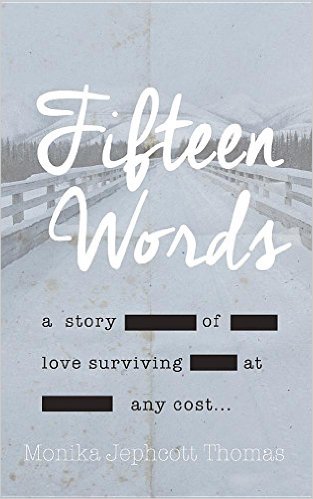 This is an intimate portrayal of human love and perseverance in the face of war.

Two young doctors form a profound and loving bond in Nazi Germany; a bond that will stretch them to the very limits of human endurance. Catholic Max - whose religious and moral beliefs are in conflict, has been been conscripted to join the war effort as a medic, despite his hatred of Hitler’s regime. His beloved Erika, a privileged young woman, is herself a product of the Hitler Youth. In spite of their stark differences, Max and Erika defy convention and marry. But when Max is stationed at the fortress city of Breslau, their worst nightmares are realised; his hospital is bombed, he is captured by the Soviet Army and taken to a POW camp in Siberia.

Max experiences untold horrors, his one comfort the letters he is allowed to send home: messages that can only contain Fifteen Words. Back in Germany, Erika is struggling to survive and protect their young daughter, finding comfort in the arms of a local carpenter. Worlds apart and with only sparse words for comfort, will they ever find their way back to one another, and will Germany ever find peace? Fifteen Words is a vivid and intimate portrayal of human love and perseverance, one which illuminates the German experience of the war, which has often been overshadowed by history.

This is a brooding, dark novel that produced a sense of foreboding in me from the first few words. It is based on real events, experienced by the author's parents. It is a compelling, even raw account of life in Germany during the Second World War, reflecting the lives of ordinary Germans, some pro-Nazi (Erika) and others trying to maintain their religious faith (Max). And we see life from the perspective of Germans who we normally view as "the bad guys."

There are enough German words in the novel to make it authentic. Although at times it read like a translation, the author has a wonderful descriptive ability. For example, "her (Erika's) head burned as an Alpine wind of doubt roared through her ears." Or Max heard "the sleeping dragon sound of the sea."

The characters are strong, complex, real, and ultimately flawed. The fifteen words that Max and Erika are allowed to write in letters link them together, but are those words enough to maintain their love as distance, time, and temptations present themselves?

The author has certainly succeeded in capturing the horrors and gut-wrenching effects of war on victims and survivors alike. An ancient book of wisdom says that "man has dominated man to his injury." That is certainly proved true in this book.

This is a true-life story of war, loneliness, hope, courage and survival in the face of overwhelming odds.

Sandra Olshaski's disclosure: Thanks to Rachel at Authoright for sending me this book for review. I was not compensated in any other way, nor told how to rate or review this product. 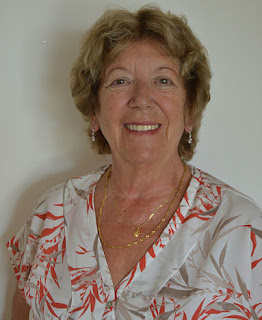 Monika Jephcott Thomas grew up in Dortmund, Mengede, north-west Germany. In 1966 she moved to the UK and, after a thirty-year career in education, delved into the therapeutic world where she has over twenty years experience as a counsellor and psychotherapist, gained with a wide variety of clients and presenting conditions. Her professional background has given her insight into the effect of traumatic events not only on those directly experiencing them but also on their families and the generational impact. ﻿

Connect with the author at monika-jephcott-thomas.com