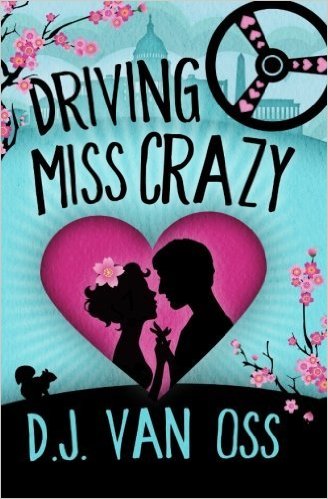 He's got a car. She's got places to be. If only things were that simple. Join Adrian and Maggie in their adventures.﻿

He’s got a car. She’s got places to be. If only things were that simple. Maggie MacNally always falls short, no matter what she does. Whether it’s her career or her love life, nothing ever ends up right, and even as she tries to put her work mishaps and dating missteps behind her to forge a new life in Washington DC, she wonders: is she really heading where she wants to go, or simply following in the family footsteps? But just as she’s considering packing it all in, an out-of-the-blue proposal from her influential grandmother offers her one last chance at success — a chance which puts her in the path of beguiling and mysterious French diplomat, Valery.

Meanwhile, diplomatic driver and widowed father Adrian Adams isn’t looking to change anything about his life, he just wants to keep his seven-year-old daughter Charlie safe and happy. The last thing on his mind is finding love again – and the last thing he expects is to suddenly lose his job. Luckily, he’s soon got a new assignment, one which brings him face to face with an overworked, stressed-out, but oddly charming Irish girl with a penchant for talking to squirrels: Maggie. It’s not long before Adrian finds himself, unwittingly, falling in love again. Will Maggie seize the life she's always yearned for, or be left with the pieces of yet another broken dream? And will Adrian take a second, crazy chance at love, or just play it safe? And what's with all the squirrels?


This is a delightful story filled with humour, fun, love and family. Adrian Adams, a widower, is raising a 7-year-old girl, Charlie, on his own, following the death of his beloved wife. He's a diplomatic driver. Maggie MacNally is the granddaughter of an influential Irish woman who offers her a job at the Irish embassy in Washington, helping to organize a huge fundraising gala. Interesting things start to happen when Adrian becomes Maggie's driver.

I appreciate the skill with which the author developed the characters. I liked Adrian and Charlie immediately. Maggie didn’t grab me at first. I found her shallow and irritating, but, by the end of the story I was rooting for her. My favourite character is Charlie, Adrian's adorable, spunky daughter.

Good novels have a bad guy and in this case the author created an excellent villain. Despite his elegant, sophisticated ways, I was suspicious of him from the outset. Nobody can be that perfect! In Adrian's words, "he looks like he just swallowed a pompous cat who just swallowed a sour mouse."

This debut novel is a skillfully-written, fast-paced romantic comedy. The author does not resort to sexual content to hold the reader's attention. It's easy to read with creative twists and turns that held my interest until the end. Bravo Mr. Van Oss!

Sandra Olshaski's disclaimer: Thanks to the author for sending me this book for review. I was not compensated in any other way, nor told how to rate or review this book. 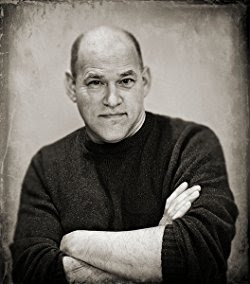 D. J. Van Oss writes sweet and sunny romantic comedies with an emphasis on second chances; kind of like the book version of finding an extra packet of icing for your fresh cinnamon roll.

When not writing you can find him working in the yard, walking the dog, or staying up too late watching BBC mysteries while eating honey peanut butter straight out of the jar.

He lives in the country suburbs of Iowa with his wife and three step-daughters. His writing partner is Jack, a pretty-boy golden retriever who grunts when you rub his ears.

If you visit his website at www.djvanoss.com you can sign up to get his new releases for only 99 cents, as well as exclusive books, short stories, and other bonuses.
Show More