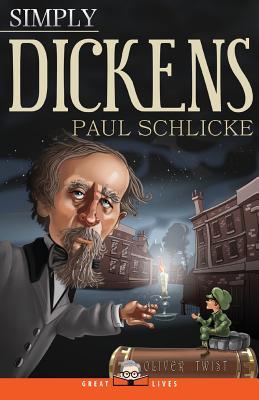 ﻿
This is one of the best introductions to Dickens' life and work.
Simply Dickens by Paul Schlicke
ISBN: 9781943657025
Published: May 9, 2016
Published by: Simply Charly
Kindle edition: 97 pages
Content rating: G


The quintessential Victorian author, Charles Dickens not only created some of the most vivid characters in English classic literature, but he also lived his own life with a zest and drama that were novelistic in their intensity. In Simply Dickens, author Paul Schlicke explores the fascinating link between Dickens the writer and Dickens the person - a dynamic and driven social reformer who worked to improve the living conditions of the poor.

My review
Reviewed by Sandra Olshaski


I enjoyed this 97-page foray into the life of the noted author Charles Dickens. The author, a Dickens' scholar, has presented a brief yet insightful look into one of the greatest novelists of all time. I learned that the early deaths of relatives as well as being separated from his family caused Dickens to consider childhood as precious and precarious – hence he wrote convincingly of the worlds of David Copperfield, Oliver Twist, and Little Nell. The reader learns that in David Copperfield, Dickens drew upon his own past more directly than anywhere in his published writing.


Dickens was a journalist all his life besides being a prolific, successful author and actively engaged with the theater. During travels in American, "he crossed over into Canada, where he immersed himself in theatricals in Montreal." Public readings of his work not only provided an income for his growing family, but also resulted in increased intimacy and popularity with his admirers. During these public readings, Dickens had an amazing ability to bring his characters to life just through voice and gestures, "impersonation, in which he stepped out of his own self and assumed the personality and mannerisms of each of his characters."


I highly recommend this scholarly yet very readable overview of Charles Dickens, the author and the man.

Sandra Olshaski's disclosure: Thanks to Simply Charly for sending me this book for review. I was not compensated in any other way, nor told how to rate this book. 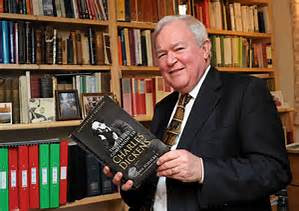 Paul Schlicke, an internationally renowned Dickens scholar, celebrates 200 years since the birth of one of Britain's most popular authors. He draws together an unparalleled diversity of information on one of Britain's greatest writers, covering his life and work,. He throws new and often unexpected light on the most familiar of Dickens' work, and explores the experiences, events, and literature which influenced him. Prior to his retirement in 2010, Dr. Schlicke taught English at the University of Aberdeen for 40 years.﻿