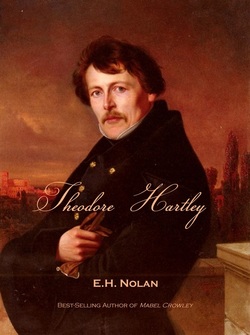 Theodore Hartley is a young man in search of his destiny. It's time we read his story.


E.H. Nolan brings back the most beloved character from her Amazon best-selling debut in this sequel to "Mabel Crowley." Handsome, brilliant, charming, and a millionaire, Theodore Hartley is the most sought after man in all England. At thirty-nine, Theodore is confident that he will never settle down, until he meets the beautiful and intriguing sixteen-year-old Alice. Four decades of Mabel's life was recorded in "Mabel Crowley," but hers wasn't the only intriguing narrative. Dozens of characters, all struggling with their own hopes and hardships, mingled and crossed paths with Mabel throughout the years. Enter a world thirty years before Mabel Crowley, a time when Theodore Hartley was a young man in search of his destiny. It's time we read his story.


Set in London in the late 1800's, this novel traces the life of Theodore Hartley, rich, handsome, stylish, man-about-town and confirmed bachelor as he woos and marries beautiful, charming, but naïve Alice. The newlyweds are madly in love and have eyes only for each other even as their children arrive. Then tragedy strikes and adjustments are required by the entire household.

Theodore and his father, Frederick, (a man who raised his son to be a lifelong bachelor and who resents the marriage) are best friends so it's not surprising, perhaps, that in an effort to placate him, Theodore allows the father to help him plan the entire wedding. "Theodore decided that he wanted to plan out the wedding himself and keep it a surprise from the bride; he anticipated the delight in keeping such a secret from the gullible Alice. He requested that his father help him with the preparations, and it was this innocent gesture that truly mended Frederick's heart." Despite the beautiful description of Alice's wedding dress, corset, shoes, tiara, and floral arrangements, I think most women would find it objectionable to have her wedding day planned by her fiancé and his father!  Neither Alice nor Theodore were sympathetic characters to me.  Regarding the wedding day we read "Theodore performed unexpectedly under the pressure he felt that afternoon. It was no small sacrifice to throw away nearly four decades of ecstatic bachelorhood." Really?

On the other hand, the author successfully evokes London of the late 1800's as she describes the clothes, horses and carriages, language and customs of the day. This is an old-fashioned love story written in the style of a bygone era. 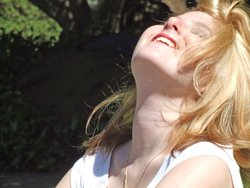