Posted by Laura at Library of Clean Reads on May 10, 2015 in Mailbox Monday The Sunday Post | Comments : 0 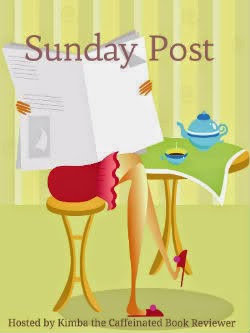 It's a countdown to BEA. Trying to beat the clock to get all my work done before hitting NY and meeting some awesome authors. I can't wait!


Four awesome books in my mailbox!

This one will be on tour with iRead Book Tours from July 6 to 31. If you'd like to review it, let me know. 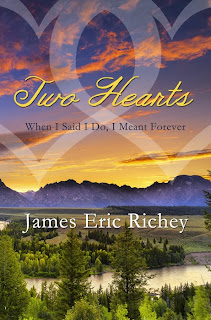 Jaxon Tagget is a cattle-rancher's son, born and raised on the Double T, just outside of Dillon, Montana. In love with his high-school sweetheart, Annie, Jaxon proposes on graduation night, presenting her with a wedding ring made from gold he mined himself. Annie accepts immediately, to the horror of her bitter, man-hating mother.

Jaxon's a wonderful husband, but the warnings of Annie's mother linger in the young bride's ears. And it doesn't help that women continue to fall all over the markedly handsome Jaxon.

Unaware of his wife's persistent doubts, Jaxon is struggling with his own troubles when he finds out his dad is sorely in need of money to save the ranch. But hope glimmers gold when he rediscovers the old mine on the Double T.

While Jaxon travels to verify the mine's productivity, Annie grows increasingly suspicious. Is Jaxon's absence what it seems, or does he have another, less faithful reason for his travels? When Annie sees a picture of the beautiful laboratory owner whom Jaxon is visiting, she's sure the only gold he's interested in is long, blond hair. Is Annie right, or will it be her doubts that forever sever their Two Hearts?

This one is on tour with Italy Book Tours from May 4 to 22. 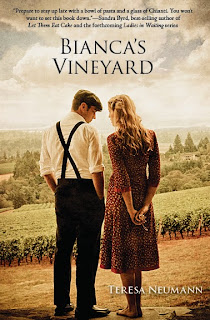 Bianca Corrotti's vineyard is more than a piece of mouth-watering real estate in Tuscany. It's an inheritance; a storehouse harboring the secrets of her Uncle Egisto, a world-class sculptor, and his troubled wife -- a woman whose destiny converges with Mussolini's when WWII overtakes them all. Based on a true story, Bianca's Vineyard follows a devoted family of strong-willed men and lion-hearted women waging an epic battle against a gathering storm intent on destroying their lives.

These are both on tour with iRead Book Tours from June 29 to July 17. 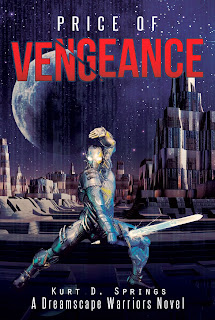 “Liam! What have you done?” Marcus demanded. “You know our teachings on revenge,”

Suddenly, irrationally angry, Liam straightened. “How can you defend him after what he did? To you, to Mom, to my birth parents, to everyone we cared about?”

With a howl of despair and emotional agony, Liam dashed forward, through the shade of his father, blindly running into the sewers.

What is the Price of Vengeance? One could understand why Liam was angry. He was orphaned at the age of two by a group of giant carnivorous insects called the chitin. Adopted by High Councilor Marcus and his wife, Lidia, Liam was raised with their older son, Randolf in New Olympia, the last remaining city on the planet Etrusci. As an adult, Liam becomes a soldier. After being cut off from the city, Liam finds that there is an alien intelligence behind the chitin. To defeat it, he must discover who he is and how to use his powers. Then, Liam discovers that a traitor, responsible for his birth parents’ deaths, had murdered his beloved foster parents. Will the price he has to pay in his quest for vengeance prove to be an even more unbeatable foe? 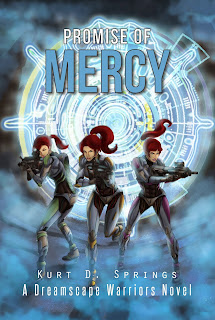 Deirdre watched as Marisa turned and looked at her. She was shocked when she saw the child in her enemy’s arms. The Gothowan woman turned away to shield the child. Deirdre saw the child’s face. The child was looking right at her. Her expression was more curious than frightened. Deirdre knew she could take the fugitive without touching the child. She reoriented her aim, and her finger began to tighten.

It is twenty-five years after the events of Price of Vengeance. Deirdre and her sisters have returned to their home planet of Etrusci after completing their training with the Finnian Shock Forces. Their homecoming plans are disrupted when their mother, High Priestess Celinia, and other leaders of the clergy are taken hostage, and their father, Colonel Liam O’Connor, disappears. In their desperate search for their father, they discover that the Rebellion is secretly building weapons that could end civilization as they know it.

Meanwhile, Liam has been befriended by a Rebel war criminal, a woman Deirdre has sworn to kill. Will Deirdre cast herself into the role of judge, jury, and executioner, or will she discover the promise of mercy?

Remake Trailer Release (What a great book trailer!)
Going Against the Grain by Nuccia Ardagna (The gluten-free pizza I made was delicious!)
Rewind to You by Laura Johnston (get it free!)

Beyond Believing by D.D. Marx
The Fringe Hours by Jessica N. Turner