Mailbox Monday and It's Monday, What Are You Reading? June 30 Edition

Posted by Laura at Library of Clean Reads on June 29, 2014 in Its Monday What Are You Reading? Mailbox Monday | Comments : 0

If you have young kids or grandkids who love pirate stories, be sure to enter my Captain No Beard Giveaway.

I downloaded this from SYNC which offers 2 FREE audiobooks each week May 15 - Aug 13, 2014. Sign up for email or text alerts that invite you to download the new titles as they become available. I got this title. How would you spend your birthday if you knew it would be your last?

Not to his mum - who he calls Linda because it annoys her - who's moved out and left him to fend for himself. Nor to his former best friend, whose torments have driven him to consider committing the unthinkable. But to his four friends: a Humphrey-Bogart-obsessed neighbour, a teenage violin virtuoso, a pastor's daughter and a teacher.

Most of the time, Leonard believes he's weird and sad but these friends have made him think that maybe he's not. He wants to thank them, and say goodbye.

Bought at Bookoutlet.ca: Since I listened to the first two books in this trilogy I just had to get the third audiobook. 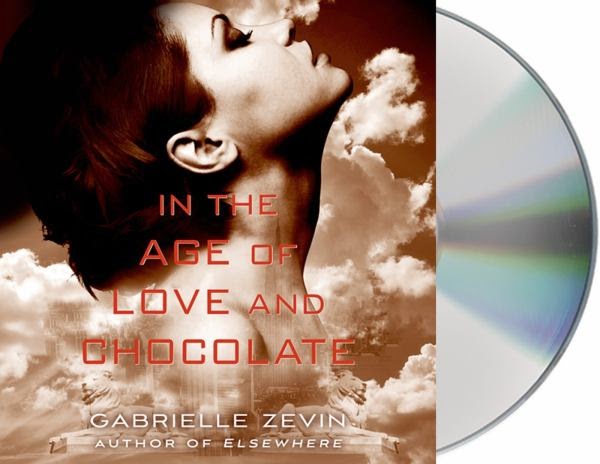 In the age of Love and Chocolate by Gabrielle Zevin

All These Things I’ve Done, the first novel in the Birthright series, introduced us to timeless heroine Anya Balanchine, a plucky sixteen year old with the heart of a girl and the responsibilities of a grown woman. Now eighteen, life has been more bitter than sweet for Anya. She has lost her parents and her grandmother, and has spent the better part of her high school years in trouble with the law. Perhaps hardest of all, her decision to open a nightclub with her old nemesis Charles Delacroix has cost Anya her relationship with Win.

Still, it is Anya’s nature to soldier on. She puts the loss of Win behind her and focuses on her work. Against the odds, the nightclub becomes an enormous success, and Anya feels like she is on her way and that nothing will ever go wrong for her again. But after a terrible misjudgment leaves Anya fighting for her life, she is forced to reckon with her choices and to let people help her for the first time in her life.


In the Age of Love and Chocolate is the story of growing up and learning what love really is. It showcases the best of Gabrielle Zevin’s writing for young adults: the intricate characterization of Memoirs of a Teenage Amnesiac and the big-heartedness of Elsewhere. It will make you remember why you loved her writing in the first place. 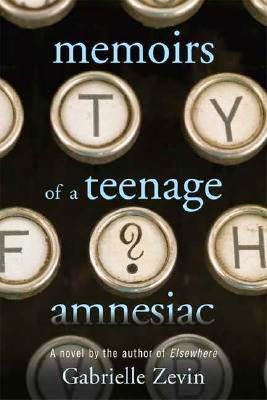 Memoirs of a Teenage Amnesiac by Gabrielle Zevin

Read and reviewed:
The Shamrock Case by Linda Weaver Clarke (reviewed by Sandra)
Because It Is My Blood by Gabrielle Zevin (great sequel to the first book)