To Sleep...Perchance to Die (Book Spotlight and Author Interview)

Please help me welcome Donald R. Grippo to Library of Clean Reads today! Donald will soon be releasing his debut novel in paperback and I am spotlighting it here. I've also interviewed Donald about his book, writing process and some personal stuff, like what were the funniest, scariest and strangest things that happened to him. I hope you get a chance to read it! 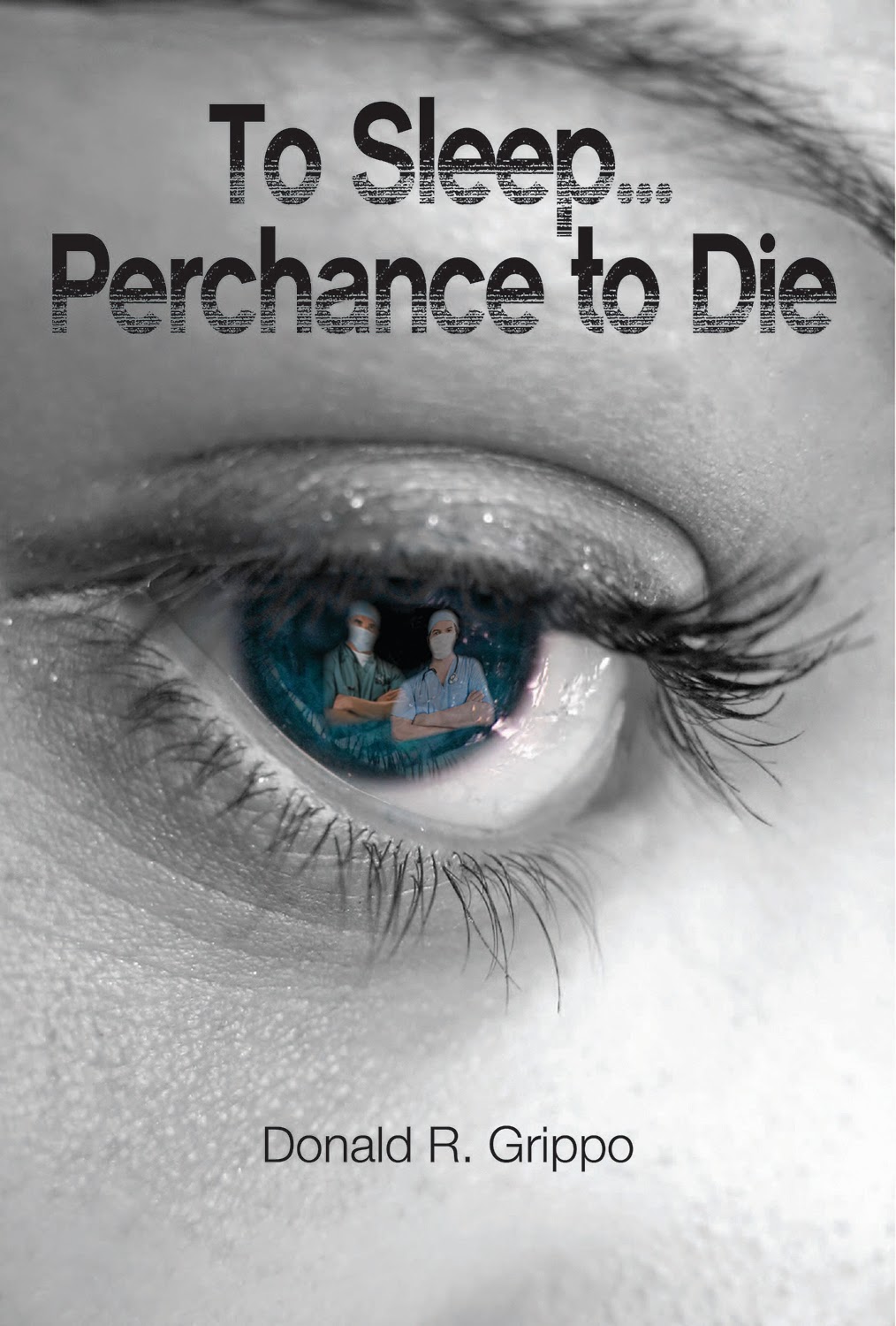 In this sexy, psychological thriller, Eurasian beauty Mai Faca plots to marry Jake Warden, a successful oral surgeon forbidden to her because of family honor. In an unheard-of scheme, fellow surgeon, Bret Manley, falls victim to Mai's seduction as she and Jake play a cruel trick to be together. Jake acts with surgical precision to clear the path to Mai's happiness, threatening lives including his own.

In a wake of turmoil and destruction, Bret's uncle and well-known criminal attorney Hubie Santos attempts to find out if a surgeon would use his knowledge to kill.

And now a few words with Donald R. Grippo:

LCR: Welcome to Library of Clean Reads, Donald! I’m always curious about how authors find the titles to their novels. How did you come up with this book’s title?

DG: One of my goals was to incorporate poetic references in my novel. Since the major event of the story was a death under anesthesia, the variation of a line from Hamlet’s soliloquy was appropriate. Other examples of poetic references are each chapter heading is a line from a Shakespeare sonnet.

LCR: Some characters come easily when we write but others seem harder to build. Which was the hardest character to write?

DG: Mai Faca. She is the most interesting and psychologically complicated. Her overt and subtle control over Jake Warden and Bret Manley drive the plot.

LCR: If you could put yourself as a character in your book, who would you be?

DG: Bret Manley. He is naïve but basically a good guy.

LCR: What is the last great book you read?

LCR: Some writers have rituals or habits when they write. I know I need to have dark chocolate or nuts to munch on. Do you snack while writing? Favorite snack?

DG: I almost always begin my writing with a cup of coffee next to my computer. I might not drink it, but having it nearby brings comfort.

LCR: Now for some fun stuff to get to know more about you. If you could go back in time, where would you go?

DG: Paris in the late 1800’s and early 1900’s, The Belle Époque. An exciting time and place with interesting people.

LCR: What’s the funniest thing that’s ever happened to you?

DG: One morning at about 4:00 a.m. I was called to see a young lady in my hospital’s Emergency Department. In order not to wake my wife I dressed in the dark. The patient had sustained a cheekbone fracture as the result of an auto accident. Her family was with her as I examined her, and I noticed they were smiling. The young lady’s injuries were uncomplicated and easily treatable. At one point I asked the family members why they were smiling. They said I had two different shoes on, one brown and the other black. We all had a good laugh.

LCR: The scariest thing that's happened to you?

DG: In training to get my private pilot’s license, it was time for my first solo flight. It was to consist of three takeoffs and landings. As I took off on the first, I encountered wake turbulence from a large commercial airline jet that had taken off on a parallel runway. My small single engine Cessna was thrown about the sky. The event probably lasted for ten seconds but seemed much longer. Somehow I regained control of the plane, but my legs were shaking so much I couldn’t control the rudder pedals. I thought I might crash. I had to press on my legs with my right arm to keep them on the pedals. Somehow I was able to make a safe landing.

LCR: The strangest thing that's happened to you?

DG: Several years ago I purchased a painting of a Dutch woman who lived in the mid-1800’s. Soon after the painting was hung, my wife and I noticed furniture inexplicably moved, lights turned on and off, and ghostly appreciations. Friends witnessed the strange events. Neither my wife nor I were inclined to believe in such things, but so much has happened that we have come to feel a benevolent spirit lives with us.

LCR: What advice would you give to budding writers?

DG: As with all professions, certain skills have to be mastered. I’d advise the budding writer to enroll in writing courses, read How-To books, and join writing groups. If possible, in the beginning it will be easier if the writer writes about what he or she knows. It is important to read aloud what one has written. If it sounds good when spoken, it should read well on the page.

LCR: Thank you so much for indulging me and answering my questions! I wish you all the best with your new novels.

About the author:
DONALD R. GRIPPO, D.D.S., was born in Enfield, Connecticut. He received his undergraduate degree from Syracuse University and his doctor of dental surgery degree from Meharry Medical College in Nashville, Tennessee. His oral and maxillofacial surgical training was obtained at The New York Hospital/Cornell Medical College in New York City.

Don practiced oral and maxillofacial surgery in northeastern Connecticut for more than 30 years. On a daily basis, he encountered patients' fear of undergoing oral surgery and associated intravenous anesthesia. With the skill of a surgeon, Don plays on this fear in To Sleep...Perchance to Die. He adds in the law with real life character, Hubie Santos, a high profile criminal lawyer in Connecticut. Don's resume includes working as a dentist at the Tennessee State Prison outside of Nashville, and as a guard at the Hartford State Jail allowing him the write the gritty, gory truth of what goes on behind bars.

Note: I have not read this book and cannot rate it. FYI the author has rated the contents R.