Mailbox Monday and It's Monday, What are You Reading? January 6 Edition

Posted by Laura at Library of Clean Reads on January 05, 2014 in Its Monday What Are You Reading? Mailbox Monday | Comments : 0 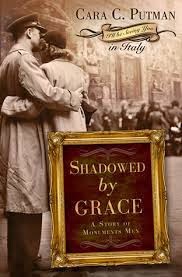 
Shadowed by Grace is a dramatic story inspired by the Monuments Men of World War II by acclaimed author Cara C. Putman. Desperate to save her dying mother, Rachel accepts her newspaper’s assignment to travel to Italy to capture images dangerously close to the front lines of WWII. Her real motive – to find the father she never knew -- an artist she hopes can offer the comfort and support both she and her mother need to survive. It’s an unlikely situation for love and faith to flourish, but soon Rachel not only finds herself, but also her long-lost earthly father, and ultimately, the man her Heavenly father created to cherish and provide for her. 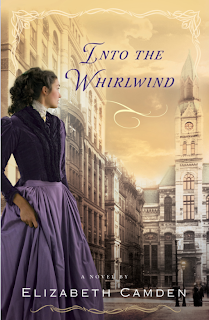 Into the Wind by Elizabeth Camden

As owner of the 57th Illinois Watch Company, Mollie Knox's future looks bright until the night the legendary Great Chicago Fire destroys her beloved city. With her world crumbling around her, Mollie will do whatever it takes to rebuild in the aftermath of the devastating fire.

Zack Kazmarek, an influential attorney for one of Chicago's finest department stores, is a force to be reckoned with among the city's most powerful citizens. Bold and shrewd, he's accustomed to getting exactly what he wants--until he meets Mollie Knox, the beguiling businesswoman just beyond his reach.

In the tumult as the people of Chicago race to rebuild a bigger and better city, Mollie comes face-to-face with the full force of Zack's character and influence. Zack believes this may finally be his chance to win her, but can Mollie ever accept this man and his whirlwind effect on her life, especially with her treasured company on the line? 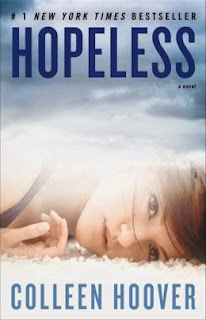 Sometimes discovering the truth can leave you more hopeless than believing the lies.

That's what Sky Davis realizes after she meets Dean Holder. A guy with a reputation that rivals her own and an uncanny ability to invoke feelings in her she's never had before. He terrifies her and captivates her all in the span of their first encounter.

Sky struggles to keep him at a distance, but Holder insists on learning everything about her. Unable to deny their intense connection, Sky finally caves to his unwavering pursuit. However, she soon discovers that Holder's erratic and unpredictable behavior comes with a very good explanation. One that will ultimately test her faith in the hopeless boy she's fallen in love with.


Bought:
And so my fascination with neuroscience continues... 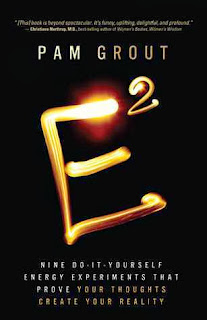 E-Squared could best be described as a lab manual with simple experiments to prove once and for all that reality is malleable, that consciousness trumps matter, and that you shape your life with your mind. Rather than take it on faith, you are invited to conduct nine 48-hour experiments to prove there really is a positive, loving, totally hip force in the universe. Yes, you read that right. It says prove.

Read and reviewed:
Switch on Your Brain by Dr. Caroline Leaf (LOVED this book!)
The Splendour Falls by Susanna Kearsley (not my favorite from this author)
Speaking with Power and Persuasion by Rebecca Shafir (good)
The Stowaways by Meghan Marentette (charming MG fiction)