Mailbox Monday and It's Monday, What Are You Reading? Nov 11 Edition

Posted by Laura at Library of Clean Reads on November 10, 2013 in Its Monday What Are You Reading? Mailbox Monday | Comments : 0 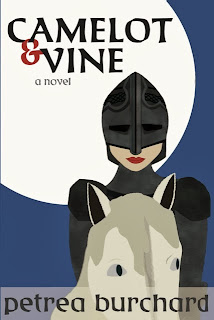 Telling lies is second nature to Casey Clemens, whether to strangers on national television or to her mother on the phone. Casey's got a decent condo, a cleaning lady, and a rich boyfriend (never mind that he's married). If Casey feels dissatisfied, all she has to do is fantasize about her hero, King Arthur.

It feels like an acting career, sort of, until the day before Casey's 40th birthday, when she loses everything she never cared about, falls through a gap in time, and accidentally saves the real King Arthur's life. He's grateful, but he has enemies, war encroaches, and an actress with an honesty problem has no place in a war camp. Not if she wants to make it back to the 21st century alive. Not that she could go back if she wanted to. Not that she wants to. 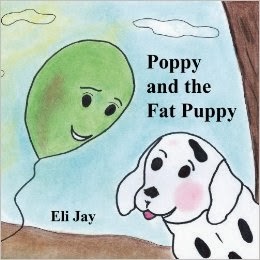 Poppy and the Fat Puppy by Eli Jay

Our adorable little green balloon is back to the rescue! While continuing his educational adventures, Poppy the Wandering Balloon meets a homeless and depressed fat puppy in the park. Distraught by the puppy's sadness, Poppy helps his new friend in need. Together, they embark on a journey of getting healthy, fit, and having some good old-fashioned fun! Poppy would love to adopt the puppy as his own. But only Dr. Helpman, the local vet, has a real solution to help aid Poppy in his dilemma to save the fat puppy from a sad and lonely existence....Find out how Poppy saves this remarkable puppy, and how you can help save a stranded puppy of your own.... 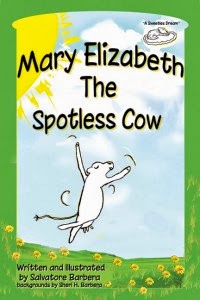 The story of Mary Elizabeth The Spotless Cow opens with a new cow, Mary Elizabeth, arriving at the farm and takes us on the journey that Mary Elizabeth must travel to figure out how to get the other cows to like and accept her.

Mary Elizabeth longs for friendship and acceptance but instead, finds out what it means to be different from everyone else. By using her ingenuity and sense of humor she is able to overcome obstacles such as discrimination and subtle bullying in order to achieve her ultimate goal of friendship.

There Once Was A Man From the U.S.A. is a book of limericks about each of the fifty states in alphabetical order. The book contains several illustrations from the talented Victoria Rose Weiss. Many of the limericks have very little connection with the states mentioned but some are directly related to several of the others. Although it may seem simplistic to use the same rhyme scheme, it turned out to be much harder than one would think. Try rhyming words with Massachusetts, (not that's something that you would normally do) and you might find it more difficult than you would imagine. If you are a child, a teen or a geographically challenged adult who needs an easy way to remember the fifty states, this may be the book for you.

Read and reviewed:
The Thunderbird Conspiracy by R.K. Price (reviewed by Sandra)
Will in Scarlet by Matthew Cody (interesting MG take on Robin Hood legend)
Why Did Grandma Put her Underwear in the Fridge? by Max Wallack and Carloyn Given (must-read for kids who have a relative with Alzheimer's)

Currently Reading:
Daughter of the God-King by Anne Cleeland