Mailbox Monday, and It's Monday, What Are You Reading? Sept 23 Edition

Posted by Laura at Library of Clean Reads on September 22, 2013 in Its Monday What Are You Reading? Mailbox Monday | Comments : 0

Mailbox Monday was created by Marcia who now blogs at To Be Continued. It is the gathering place for readers to share the books that came into their house last week. Yolanda at Notorious Spinks Talks is hosting for the month of September, but she seems to be missing in action. Anyone else hosting? (Update: MM is being hosted here: Beauty in Ruins)You can also view the touring blog list here for the upcoming months. 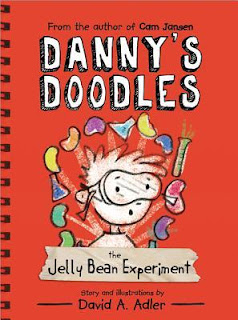 Danny's Doodles: The Jellybean Experiment by David A. Adler

Here's a fact: My new friend Calvin Waffle is 100% Weird

Danny and Calvin decide to team up for the big jelly bean experiment. Will it lead to trouble? Maybe. Will they have fun trying? You can count on it. 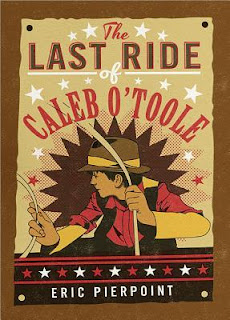 The Last Ride of Caleb O'Toole by Eric Pierpoint

Caleb O'Toole could hear his mother's last words as clearly as if she was sitting right next to him. He promised her he'd keep his sisters safe. But safety is over a thousand miles away in the rugged Bitteroot Mountains—past dust-choked deserts and thorny tumbleweeds and as sun so hot, it's hard to breathe. Tornadoes and hungry wolves wait for them on the path ahead. But with the infamous Blackstone Gang hot on their trail, Caleb has no choice but to keep going. There's no telling how far the gang will go to keep their latest murder a secret. And Caleb is the number one witness to their crime.

Caleb O'Toole can hear his mother's last words: "I need you to be strong." and he can't let her down. 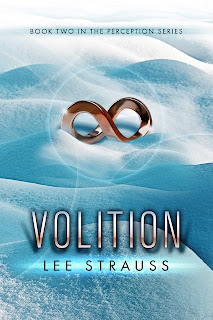 Zoe Vanderveen is on the run with her captor turned rescuer, Noah Brody.
They're in love.

Or at least that's what he tells her. Her memories have returned but her feelings are dreamlike--thin and fleeting. Her heart can't be trusted. Just look at what happened with Taylor Blake.

Senator Vanderveen's new team of cyborg agents are in hot pursuit, and a reward for their capture is broadcast nationwide. Record breaking cold and snow hinder their escape. Someone dies helping them.

And their fight for survival has only begun. 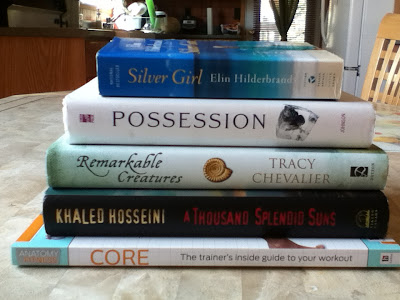 Silver Girl by Elin Hilderbrand
Possession by Elana Johnson
Remarkable Creatures by Tracy Chevalier
A Thousand Splendid Suns by Khaled Hosseini
Core: The Trainer's Inside Guide to Your Workout by Hollis Lance Liebman

Currently Reading:
The Best of Daughters by Dilly Court (entertaining)

Listening to:
Shadows of Glass by Kassy Tayler (very good so far)