Mailbox Monday and It's Monday, What Are You Reading? August 26 Edition

Posted by Laura at Library of Clean Reads on August 25, 2013 in Its Monday What Are You Reading? Mailbox Monday | Comments : 0

No review books this month. 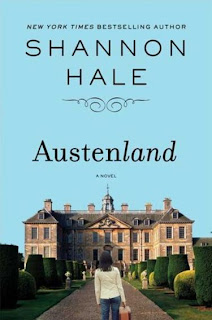 Jane is a young New York woman who can never seem to find the right man—perhaps because of her secret obsession with Mr. Darcy, as played by Colin Firth in the BBC adaptation of Pride and Prejudice. When a wealthy relative bequeaths her a trip to an English resort catering to Austen-obsessed women, however, Jane’s fantasies of meeting the perfect Regency-era gentleman suddenly become more real than she ever could have imagined. Is this total immersion in a fake Austenland enough to make Jane kick the Austen obsession for good, or could all her dreams actually culminate in a Mr. Darcy of her own?
Don't miss Shannon Hale's next book, Midnight in Austenland, a mystery set at Pemberly available in February, 2012. 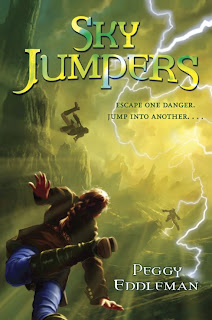 What happens when you can't do the one thing that matters most? Twelve-year-old Hope Toriella lives in White Rock, a town of inventors struggling to recover from the green bombs of World War III. But Hope is terrible at inventing and would much rather sneak off to cliff dive into the Bomb's Breath—the deadly band of compressed air that covers the crater left by the bombs—than fail at yet another invention.

When bandits discover that White Rock has priceless antibiotics, they invade. With a two-day deadline to finish making this year's batch and no ingredients to make more, the town is left to choose whether to hand over the medicine and die from the disease that's run rampant since the bombs, or die fighting the bandits now. Help lies in a neighboring town, but the bandits count everyone fourteen and older each hour. Hope and her friends—Aaron and Brock—might be the only ones who can escape to make the dangerous trek through the Bomb's Breath and over the snow-covered mountain. Inventing won't help her make it through alive, but with Aaron and Brock's help, the daring and recklessness that usually gets her into trouble might just save them all.

Read and reviewed:
Harvest of Gold by Tessa Afshar (a good Biblical historical fiction)
Travels with Gannon and Wyatt: Great Bear Rainforest by Patti Wheeler and Keith Hemstreet (another good book in this action-adventure MG series)