Mailbox Monday and It's Monday, What Are You Reading? Aug 19 Edition

Posted by Laura at Library of Clean Reads on August 18, 2013 in Its Monday What Are You Reading? Mailbox Monday | Comments : 0

I'm back!! After being away for almost four weeks in Europe, I am finally back home. Although I'm still in vacation mode and my head is still dreaming of our wonderful vacation, reality is hitting hard. I'm getting the kids ready for school, I'm back at work tomorrow and all the stresses of daily living are back. My washing machine broke down so we had to go out and buy a new one. Money is just flying out the window. I almost had a panic attack when our Visa bill came in!

But on the plus side: I have beautiful memories of being away on the most amazing trip with my family, and it's good to be back on schedule. So without further ado, here is my mailbox news. 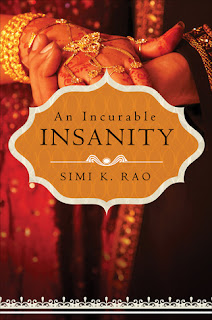 Shaan Ahuja found himself bowing to tradition and agreeing to an arranged marriage to the beautiful Ruhi Sharma. He went through the motions but had no intention of carrying through on his vows. His last foray into matters of the heart with an American girl had left him scarred and unwilling to try again. Thoroughly disillusioned and disgruntled he wasted no time in making his intentions clear to Ruhi on their wedding night. But, he was completely unprepared for what his new wife had in mind. 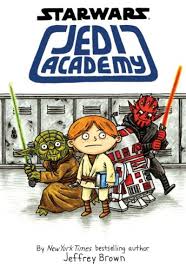 This incredible, original story captures all of the humor, awkwardness, fun, and frustrations of middle school--all told through one boy's comics, journal entries, letters, doodles, and newspaper clippings. The setting? A galaxy far, far away...

Roan's one dream is to leave home and attend Pilot Academy like his older brother, father, and grandfather. But just as Roan is mysteriously denied entrance to Pilot School, he is invited to attend Jedi Academy--a school that he didn't apply to and only recruits children when they are just a few years old. That is, until now...

This inventive novel follows Roan's first year at Jedi Academy where, under the tutelage of Master Yoda, he learns that he possesses more strength and potential than he could have ever dreamed. Oh, and he learns other important things too--like how to make a baking soda volcano, fence with a lightsaber, slow dance with a girl, and lift boulders with the Force.

A surprise in my mailbox! Adriana Trigiani sent me her latest, along with a note that said, "Dear Laura the Italian Goddess..." . It made me laugh! I was thrilled she sent this to me, and I can't wait to read it. 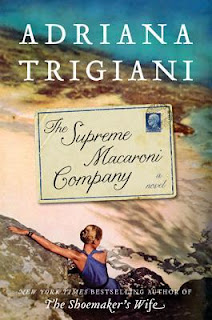 In The Shoemaker's Wife Adriana Trigiani swept her readers across generations of an Italian family, from the Italian Alps at the turn of the twentieth century to the cobblestone streets of Little Italy. In The Supreme Macaroni Company, she weaves a heartbreaking story that begins on the eve of a wedding in New York's Greenwich Village, travels to New Orleans, and culminates in Tuscany. Family, work, romance, and the unexpected twists of life and fate all come together in an unforgettable narrative that Adriana Trigiani's many fans will adore. 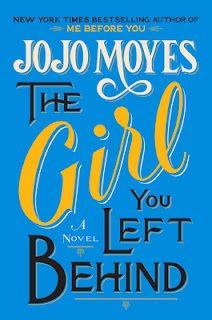 France, 1916: Artist Edouard Lefevre leaves his young wife, Sophie, to fight at the front. When their small town falls to the Germans in the midst of World War I, Edouard’s portrait of Sophie draws the eye of the new Kommandant. As the officer’s dangerous obsession deepens, Sophie will risk everything—her family, her reputation, and her life—to see her husband again.

Almost a century later, Sophie’s portrait is given to Liv Halston by her young husband shortly before his sudden death. A chance encounter reveals the painting’s true worth, and a battle begins for who its legitimate owner is—putting Liv’s belief in what is right to the ultimate test. 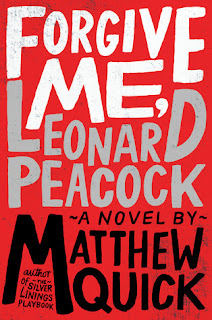 Today is Leonard Peacock's birthday. It is also the day he hides a gun in his backpack. Because today is the day he will kill his former best friend, and then himself, with his grandfather's P-38 pistol.

But first he must say good-bye to the four people who matter most to him: his Humphrey Bogart--obsessed next-door neighbor, Walt; his classmate Baback, a violin virtuoso; Lauren, the Christian homeschooler he has a crush on; and Herr Silverman, who teaches the high school's class on the Holocaust. Speaking to each in turn, Leonard slowly reveals his secrets as the hours tick by and the moment of truth approaches.

In this riveting book, acclaimed author Matthew Quick unflinchingly examines the impossible choices that must be made--and the light in us all that never goes out. 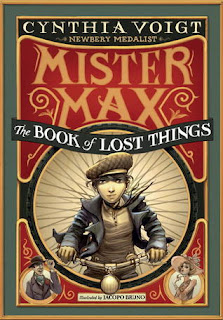 Mister Max: The Book of Lost Things by Cynthia Voigt

Max's parents are missing. They are actors, and thus unpredictable, but sailing away, leaving Max with only a cryptic note, is unusual even for them. Did they intend to leave him behind? Have they been kidnapped?

Until he can figure it out, Max feels it's safer to keep a low profile. Hiding out is no problem for a child of the theater. Max has played many roles, he can be whoever he needs to be to blend in. But finding a job is tricky, no matter what costume he dons.

Ironically, it turns out Max has a talent for finding things. He finds a runaway child, a stray dog, a missing heirloom, a lost love. . . . So is he a finder? A detective? No, it's more. Max finds a way to solve people's problems—he engineers better outcomes for them. He becomes Mister Max, Solutioneer.

Now if only he could find a solution to his own problems . . . 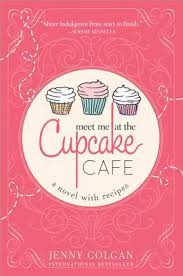 Meet Me at the Cupcake Café by Jenny Colgan

Issy Randall can bake. No, Issy can create stunning, mouthwateringly divine cakes. After a childhood spent in her beloved Grampa Joe's bakery, she has undoubtedly inherited his talent. She's much better at baking than she is a filing so when she's laid off from her desk job, Issy decides to open her own little café. But she soon learns that her piece-of-cake plan will take all of her courage and confectionary talent to avert disaster.

Funny and sharp, Meet Me at the Cupcake Café is about how life might not always taste like you expect, but there's always room for dessert!