Mailbox Monday and It's Monday, What Are You Reading?

Posted by Laura at Library of Clean Reads on July 21, 2013 in Its Monday What Are You Reading? Mailbox Monday | Comments : 0 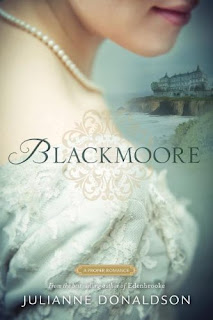 At eighteen, Kate Worthington knows she should be getting serious about marriage, but her restless heart won t let her settle down. To escape her mother s meddlesome influence, she dreams of traveling with her spinster aunt to exotic India. But when the opportunity arises, Kate finds herself making a bargain with her mother: she will be allowed to go only if she spends a season at the family s wealthy estate, Blackmoore, where she must secure and reject three marriage proposals. Enlisting the help of her dearest childhood friend, Henry Delafield, Kate sets out to collect her proposals so she can be on her way. But Henry s decision to help threatens to destroy both of their dreams in ways they could never imagine. Set in Northern England in 1820, Blackmoore is a regency romance that tells the story of a young woman struggling to learn how to listen to her heart. With hints of Jane Austen and the Bronte sisters, Blackmoore is a page-turning tale of romance, intrigue, and devotion. 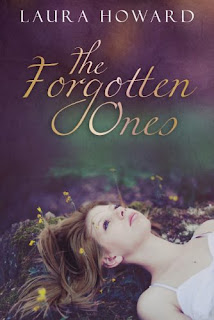 The Forgotten Ones by Laura Howard

Allison O'Malley's plan is to go to grad school so she can get a good job and take care of her schizophrenic mother. She has carefully closed herself off from everything else, including a relationship with Ethan, who she's been in love with for as long as she can remember.

What is definitely not part of the plan is the return of her long-lost father, who claims he can bring Allison's mother back from the dark place her mind has gone. Allison doesn't trust her father, so why would she believe his stories about a long forgotten Irish people, the Tuatha de Danaan? But truths have a way of revealing themselves. Secrets will eventually surface. And Allison must learn to set aside her plan and work with her father if there is even a small chance it could restore her mother's sanity. 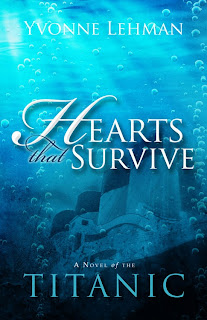 Hearts That Survive: A Novel of the Titanic by Yvonne Lehman

On April 15, 1912, Lydia Beaumont is on her way to a new life with a boundless hope in love and faith. Her new friendship with Caroline Chadwick is bonded even more as they plan Lydia’s wedding on board the “grandest ship ever built.” Then both women suffer tragic losses when the “unsinkable” Titanic goes down. Can each survive the scars the disaster left on their lives?

Decades later, Alan Morris feels like a failure until he discovers he is the descendant of an acclaimed, successful, heroic novelist who went down with the Titanic. Will he find his identity with the past, or will he listen to Joanna Bettencourt, Caroline’s granddaughter, who says inner peace and success come only with a personal relationship with the Lord? Will those who survived and their descendants be able to find a love more powerful than their pain? 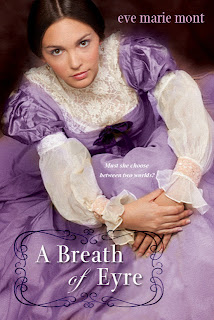 A Breathe of Eyre by Eve Marie Mont

In this stunning, imaginative novel, Eve Marie Mont transports her modern-day heroine into the life of Jane Eyre to create a mesmerizing story of love, longing, and finding your place in the world. . .

Emma Townsend has always believed in stories--the ones she reads voraciously, and the ones she creates. Perhaps it's because she feels like an outsider at her exclusive prep school, or because her stepmother doesn't come close to filling the void left by her mother's death. And her only romantic prospect--apart from a crush on her English teacher--is Gray Newman, a long-time friend who just adds to Emma's confusion. But escape soon arrives in an old leather-bound copy of Jane Eyre. . .

Reading of Jane's isolation sparks a deep sense of kinship. Then fate takes things a leap further when a lightning storm catapults Emma right into Jane's body and her nineteenth-century world. As governess at Thornfield, Emma has a sense of belonging she's never known--and an attraction to the brooding Mr. Rochester. Now, moving between her two realities and uncovering secrets in both, Emma must decide whether her destiny lies in the pages of Jane's story, or in the unwritten chapters of her own. . .

Read and reviewed:
Swept Up by the Sea by Tracy and Laura Hickman
Harlequin's Costume by Leonid Yuzefovich
Buzz Books 2013: Fall/Winter by Publishers Lunch
Tommysaurus Rex by Doug TenNapel

Still Listening to:
High Steaks: Why and How to Eat Less Meat by Eleanor Boyle (enlightening)