Mailbox Monday, and It's Monday, What Are You Reading? July 15 Edition

Posted by Laura at Library of Clean Reads on July 14, 2013 in Its Monday What Are You Reading? Mailbox Monday | Comments : 0 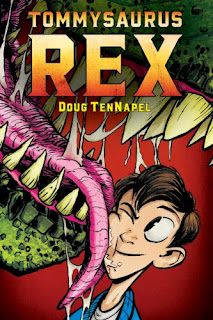 When Ely's beloved dog, Tommy, is hit by a car, he goes to his grandpa's house for the summer to get his mind off things. While exploring a nearby cave one day he discovers a full-grown but friendly Tyrannosaurus Rex. As the news of the dinosaur grows around town, so does the friendship between Ely and his Jurassic pet. But Randy, the mean kid down the street, decides he's going to make life miserable for Ely and his dinosaur-to devastating effect. 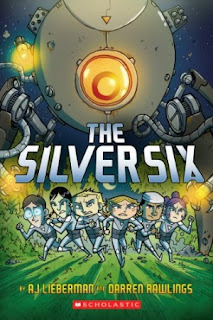 A group of orphans on the run search for a new home among the stars.

When a group of orphans discover they have a common connection, plucky heroine Phoebe leads them in a daring escape from their orphanage to an uninhabited moon. But their idyllic paradise is shattered when the powerful corporate boss who caused the deaths of their parents sends a relentless henchman to track them down. Now, with nowhere left to turn and tired of being on the run, these resourceful kids decide there's only one thing left to do: Fight back! 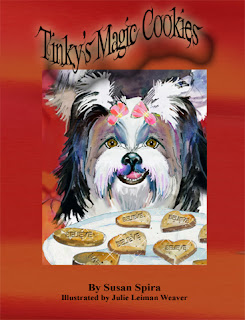 "Sometimes when you are scared or feeling blue, You forget what's inside of you." Tinky's Magic Cookies by Susan Spira Bow-Wowwy, this is a cute book! A fun walk on a beautiful day turns into a memorable adventure for a little Shih-Tzu dog, Tinky. Starting out with a knapsack of cookies, Tinky meets and helps three new friends to overcome sadness, self-doubt, and fear. Kitty, Lizzie, and Bluey Bird learn the important lesson to believe in themselves from Tinky's kindness. Sweet lovable characters, positive up beat language, a lovely message of hope, plus enchanting artwork by illustrator Julie Leiman Weaver will make this book your child's favorite. Tinky's Magic Cookies by Author Susan Spira is a perfect vehicle to help you teach your child self-confidence, self-belief, and the magic to helping others. 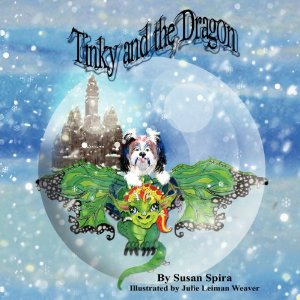 Tinky and the Dragon by Susan Spira

Sometimes hearing "Glubb, Glubb" may just mean that you have water in your ears and sometimes there's more to the story. In the book, Tinky and the Dragon, kindness and willingness to help take a sweet Shih-Tzu doggie girl, Tinky on an underwater adventure of sorts in which good triumphs over not so good. A big truck, a suitcase, a snow globe, a castle, sweet smells and a big green dragon move this charming story full circle with surprises. Sweet loveable characters, fun language, silly situations, plus enchanting illustrations by Julie Leiman Weaver will engage your children to use their imagination and have a giggle or two. With an entertaining, joyful, giggle-filled story and endearing characters, Tinky and the Dragon is a book that your child will cherish and want to read over and over and over. And you will be happy to join them. 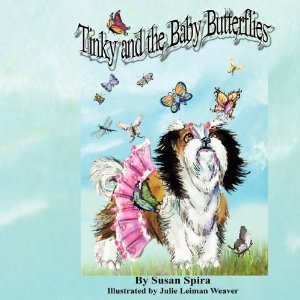 Tinky and the Baby Butterfly by Susan Spira

Tinky, a sweet Shih-Tzu doggie girl agrees to help out Mommy Butterfly and babysit her two babies, Betty and Bertie. Babysitter Tinky gets a little more than she bargains for with the rambunctious butterfly babies as an adventure on a grand scale ensues. Sweet lovable characters, fun language, silly situations, a little suspense, but not scary, plus enchanting illustrations by Julie Leiman Weaver will engage your children to use their imagination and have a good giggle or two. This is purely a fun story with wholesome characters and sweet dispositions. With an entertaining, joyful, giggle-filled story and endearing characters, Tinky and the Baby Butterflies is a book that your child will want to read over and over. And you'll be happy to join them. 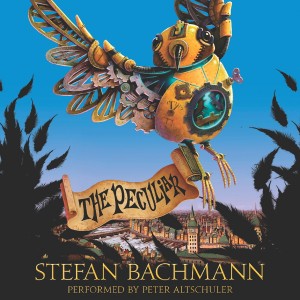 The Peculiar by Stefan Bachmann

Don't get yourself noticed and you won't get yourself hanged. In the faery slums of Bath, Bartholomew and his little sister Hettie live by these words. Bartholomew and Hettie are Peculiars, and neither faeries nor humans want anything to do with them. But when Peculiars start showing up in London murdered and covered with red tattoos, Bartholomew breaks all the rules and gets himself noticed. Full of magic, dazzling inventions, and intriguing characters such as Mr. Jelliby and Lord Lickerish, this story of friendship, bravery, and nonstop action adventure was hailed by best-selling author Christopher Paolini as "swift, strong, and entertaining. Highly recommended." The Peculiar ends with a spectacular cliff-hanger, and the story concludes in The Whatnot. 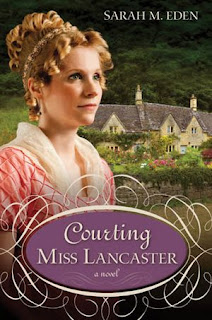 Harry Windover adores blonde, green-eyed Athena Lancaster, but alas, a penniless man like himself has no hope of winning a young noblewoman’s hand. To add insult to injury, Athena’s brother-in-law and guardian, the Duke of Kielder, has asked Harry to assist Athena in finding the gentleman of her dreams. But the lovesick Harry is cunning as well: as the weeks pass, he introduces Athena to suitors who are horrifically boring, alarmingly attached to their mothers, downright rude, astoundingly self-absorbed, and utterly ridiculous. Athena can’t comprehend why she is having so little success meeting eligible and acceptable gentlemen. Indeed, her circle of admirers couldn’t be less admirable — nothing like the loyal, gentle friend she’s found in Harry. But how long can Harry’s scheme be hidden before it is discovered? And what will Athena do when she uncovers Harry’s deception? Escape into a charming regency world in this delightfully romantic comedy of manners that will entertain you to the very last word. 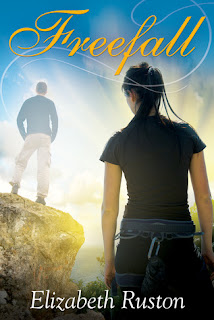 Eliza Shepherd is known for the exciting adventure columns she writes with her husband, Jamey. But when Jamey dies while climbing, Eliza finds herself lost, confused, and trying to rebuild a life on her own.

When Jamey’s mother is widowed, too, Eliza makes a decision: to accompany her mother-in-law back to Jamey’s hometown and help her settle in. It will give Eliza the chance to work on the book she’s writing about Jamey, and take her away from a life that isn’t working for her anymore.

She doesn’t expect the pain she’ll find there—or the pleasure.

Eliza has already had one good man in her life, and isn’t looking for another. But love has a way of appearing, whether you’re ready for it or not. 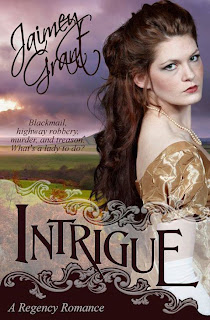 A troubled lady...
Malvina is in over her head. Blackmail, highway robbery, murder, and treason are just some of the crimes she’s become embroiled in. With each passing day, her chances of escape—and survival—lessen.

A bored gentleman...
Gideon stumbles upon a holdup where all is not as it seems. Kidnapping one of the robbers’ accomplices hands him the very lady he was sent to investigate. Is she as caught up in her husband’s treasonous activities as his superiors suspect, or is simple highway robbery more her cup of tea?

A dangerous alliance...
Gideon is determined to help Malvina even if doing so leads to some unpleasant truths. Malvina acknowledges her need for Gideon’s help, but accepting might require her to make the ultimate sacrifice: her son. 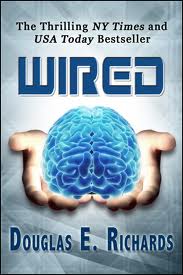 Kira Miller is A brilliant genetic engineer who discovers how to temporarily achieve savant-like capabilities in all areas of thought and creativity. But what if this transcendent level of intelligence brings with it a ruthless megalomania?

David Desh left the special forces after his team was brutally butchered in Iran. Now he has been reactivated for one last mission: find Kira Miller, the enigmatic genius behind a bioterror plot that threatens millions. But when Desh learns that the bioterror plot is just the tip of the iceberg, he is thrust into a byzantine maze of deception and intrigue, and he becomes a key player in a deadly game he can't begin to understand. A game that is certain to have a dramatic impact on the future course of human history. . .

Still Listening to:
High Steaks: Why and How to eat Less Meat by Eleanor Boyle (enlightening)