Mailbox Monday and It's Monday, What Are You Reading? July 8 Edition

Posted by Laura at Library of Clean Reads on July 07, 2013 in Its Monday What Are You Reading? Mailbox Monday | Comments : 0 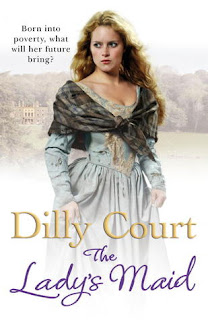 The Lady's Maid by Dilly Court

In the quiet of a warm summer's evening, two young mothers are forced to give up their babies. Whilst Kate grows up knowing only poverty and servitude, Josie's world is one of privilege and luxury. Despite the differences in their circumstances, Kate and Josie have been friends since childhood. But their past binds them together in ways they must never know. Until a chance meeting forces Kate and Josie to confront the truth of that night nearly twenty years before -- a truth that turns both worlds upside down and threatens to destroy their friendship forever. 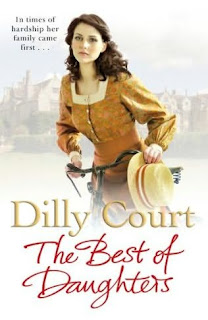 The Best of Daughters by Dilly Court

Despite her privileged upbringing, Daisy Lennox has always longed to make something of her life. She is drawn to the suffragette movement, but when her father faces ruin they are forced to move to the country and Daisy's first duty is to her family. Here she becomes engaged to her childhood friend -- a union both families have dreamed of. But, on the eve of their wedding, war is declared, and Daisy knows her life will never be the same again. 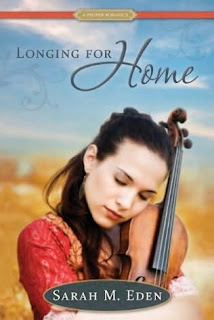 Though she was only a child during the darkest days of Ireland s Great Famine, Katie Macauley feels responsible for the loss of her family s land and the death of her sister. Now a woman grown, Katie has left Ireland for America and the promise of earning money enough to return home again and plead for her family s forgiveness. She arrives in Hope Springs, Wyoming Territory, a town sharply divided between the Americans who have settled there, with their deep hatred of the Irish, and the Irish immigrants who have come searching for a place to call home. Her arrival tips the precarious balance, and the feud erupts anew. Even in the midst of hatred and violence, however, Katie finds reason to hope. Two men, as different as they are intriguing, vie for her heart, turning her thoughts for the first time toward a future away from Ireland. Katie must now make the hardest decision of her life: stay and give her heart a chance at love, or return home and give her soul the possibility of peace.

Got these three audiobooks as a gift from a friend! She was closing her Audible account and had three credits to use up, so she offered them to me. These are the audiobooks I chose: 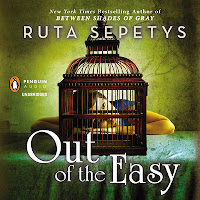 Out of the Easy by Ruta Sepetys

It's 1950 and the French Quarter of New Orleans simmers with secrets. Known among locals as the daughter of a brothel prostitute, Josie Moraine wants more out of life than the Big Easy has to offer. She devises a plan get out, but a mysterious death in the Quarter leaves Josie tangled in an investigation that will challenge her allegiance to her mother, her conscience, and Willie Woodley, the brusque madam on Conti Street.

Josie is caught between the dream of an elite college and a clandestine underworld. New Orleans lures her in her quest for truth, dangling temptation at every turn, and escalating to the ultimate test.

With characters as captivating as those in her internationally bestselling novel Between Shades of Gray, Ruta Sepetys skillfully creates a rich story of secrets, lies, and the haunting reminder that decisions can shape our destiny. 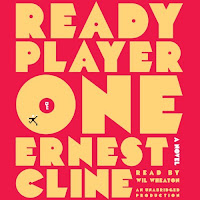 Ready Player One by Ernest Cline

It's the year 2044, and the real world has become an ugly place. We're out of oil. We've wrecked the climate. Famine, poverty, and disease are widespread. Like most of humanity, Wade Watts escapes this depressing reality by spending his waking hours jacked into the OASIS, a sprawling virtual utopia where you can be anything you want to be, where you can live and play and fall in love on any of ten thousand planets. And like most of humanity, Wade is obsessed by the ultimate lottery ticket that lies concealed within this alternate reality: OASIS founder James Halliday, who dies with no heir, has promised that control of the OASIS - and his massive fortune - will go to the person who can solve the riddles he has left scattered throughout his creation.

For years, millions have struggled fruitlessly to attain this prize, knowing only that the riddles are based in the culture of the late twentieth century. And then Wade stumbles onto the key to the first puzzle. Suddenly, he finds himself pitted against thousands of competitors in a desperate race to claim the ultimate prize, a chase that soon takes on terrifying real-world dimensions - and that will leave both Wade and his world profoundly changed. 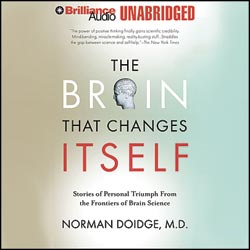 The Brain That Changes Itself by Norman Doidge

An astonishing new science called "neuroplasticity" is overthrowing the centuries-old notion that the human brain is immutable. In this revolutionary look at the brain, psychiatrist and psychoanalyst Norman Doidge, M.D., provides an introduction to both the brilliant scientists championing neuroplasticity and the people whose lives they've transformed. From stroke patients learning to speak again to the remarkable case of a woman born with half a brain that rewired itself to work as a whole, The Brain That Changes Itself will permanently alter the way we look at our brains, human nature, and human potential.

Read and reviewed:
Moryak: A Novel of the Russian Revelation by Lee Mandel (Sandra's review)
The Seeds of Beauty by Lakeysha-Marie Green (review and gift card giveaway - easy to enter)
A Hundred Summers by Beatriz Williams (great audiobook!)

Currently Reading:
Swept up by the Sea by Tracy and Laura Hickman
Nerve by Taylor Clark

Listening to:
High Steaks: Why and How to eat Less Meat by Eleanor Boyle (enlightening)