Mailbox Monday and It's Monday, What Are You Reading? June 24 Edition

Posted by Laura at Library of Clean Reads on June 23, 2013 in Its Monday What Are You Reading? Mailbox Monday | Comments : 0

It's the last week in June! Can you believe it? 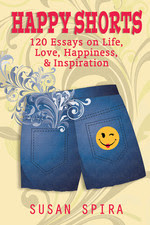 Happy Shorts is a collection of 120 heart-felt essays on life, love, happiness, and inspiration.

Happy Shorts is a look at life to make one smile, warm their heart, and help them to embrace their life, their joy, and their best. Happy Shorts is filled with life lessons, fun-filled stories, and common experiences to spark a well-lived life.

With essay titles like: “My Love, My Life Force, My Catalyst”, “Say NO If”, “The Final Goodbye: A ‘Shoeneral’ to Remember”, “Stuck on Each Other: How Do You Know It’s Love?”, and “5 Easy Steps to Being a Diva” readers are in for a wild, zany, goofy, heart-felt ride of inspiration and self-acceptance. 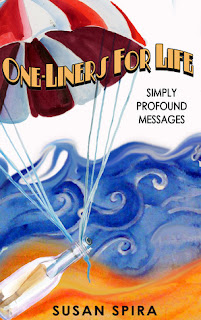 Wouldn’t it be great if you could find out how to live a better life just by taking a message out of a bottle? Now, that’s everyone’s dream of a quick and easy way to self-edit for an awesome life! Just latch onto the short, sweet, pithy, big punch ideas to guide a sometimes windy path. Author Susan Spira has put that awesome life in a nutshell of over 400 One-Liners for Life. Easy to read, earthy reminders, sound bites to swallow; sparks of inspiration; and gems so simple, yet complex to the nature of a well-lived life. 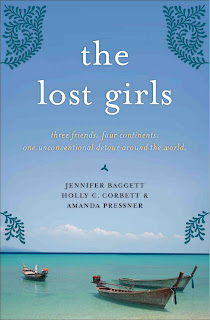 Three friends, each on the brink of a quarter-life crisis, make a pact to quit their high pressure New York City media jobs and leave behind their friends, boyfriends, and everything familiar to embark on a year-long backpacking adventure around the world in The Lost Girls.


A Win from Armchair BEA: 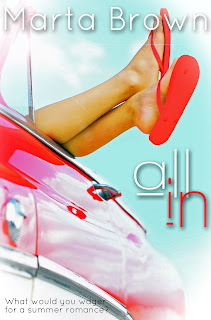 All In by Marta Brown

On the picturesque island of Martha's Vineyard, there are two kinds of residents. Locals and Stays.

Local boy, Lane McCarthy, plans on spending his summer working at the country club to save money for college in the fall, while summer stay, Ashley Whitmore, and her elite group of friends are only there to play.

As the summer heat goes up on the island, so does the ante, when both Lane and Ashley must decide what they’re willing to wager in order to follow their dreams… and their hearts. 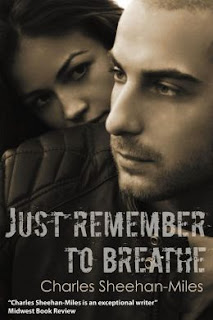 Alex Thompson's life is following the script. A pre-law student at Columbia University, she's focused on her grades, her life and her future. The last thing she needs is to reconnect with the boy who broke her heart.

Dylan Paris comes home from Afghanistan severely injured and knows that the one thing he cannot do is drag Alex into the mess he's made of his life.

When Dylan and Alex are assigned to the same work study program and are forced to work side by side, they have to make new ground rules to keep from killing each other. The only problem is, they keep breaking the rules. The first rule is to never, ever talk about how they fell in love. 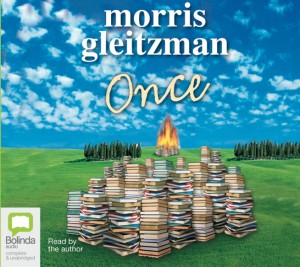 Once by Morris Gleitzman

Felix lives in a convent orphanage in Poland. He is convinced his parents are still alive and that they will one day come back to get him. When Nazi soldiers come to the orphanage Felix decides to escape and make his way home.The journey to find his parents is a long and difficult one, as Poland is occupied by the Nazis and a dangerous place for a Jewish boy. Felix manages to live and look after himself and another orphan, Zelda, with the help of a kind dentist, Barney, who is hiding and looking after a number of Jewish children. When the Nazis discover them, Barney makes the ultimate sacrifice for the children – electing to go with them on the train to the death camps, rather than taking the option of freedom offered by a Nazi soldier, one of his grateful patients. 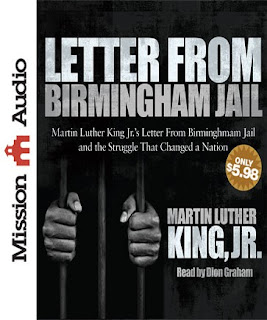 April 16th. The year is 1963. Birmingham, Alabama has had a spring of non-violent protests known as the Birmingham Campaign, seeking to draw attention to the segregation against blacks by the city government and downtown retailers. The organizers longed to create a non-violent tension so severe that the powers that be would be forced to address the rampant racism head on. Recently arrested was Martin Luther King, Jr.. It is there in that jail cell that he writes this letter; on the margins of a newspaper he pens this defense of non-violence against segregation. His accusers, though many, in this case were not the white racist leaders or retailers he protested against, but 8 black men who saw him as “other” and as too extreme. To them and to the world he defended the notion that “Injustice anywhere is a threat to justice everywhere”.

This was a great week with fun discussions about audiobooks through Audiobook Week hosted by Jen at Devourer of Books. Here's a recap of my discussion posts:

My Audiobook Year
How do You Choose Your Audiobooks?
Mid-Week Meme discussion of favorite narrator and current audiobook
Where do You Find Great Audiobooks?

Read and reviewed:
The Fever Tree by Jennifer McVeigh (great audiobook)
Crisis of Identity by Denise Moncrief (reviewed by Sandra)
Torn from Troy: Odyssey of a Slave by Patrick Bowman (action-adventure middle-grade, good story but too gory)

Listening to:
The Husband List by Janet Evanovich and Dorien Kelly
A Hundred Summers by Beatriz Williams