Mailbox Monday and It's Monday, What Are You Reading? February 4 Edition

Posted by Laura at Library of Clean Reads on February 03, 2013 in Its Monday What Are You Reading? Mailbox Monday | Comments : 0


This is what I got in my mailbox this past week.

Christianbook.com was having a bargain sale. Here's what I bought! 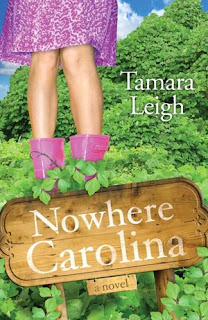 Maggie Pickwick is a lifetime away from her days as head cheerleader and the mistakes she made in high school. Twelve years later, this single mom has traded pompoms for an auctioneer’s gavel, popularity for peace and quiet, and strives to be a good example for her daughter Devyn. She’s keeping it together just fine, too—until an old flame moves back to her little North Carolina town.

Renowned artist Reece Thorpe wants nothing to do with Maggie—not after what she did to him in high school—but he might also be Devyn’s father. Fed by her own pride and fear for her daughter’s happiness, Maggie finds herself on a slippery slope of white lies as she attempts to convince Reece that she’s changed. But the truth has a way of making itself known, and now Maggie’s past and present mistakes could ruin her chance at love. 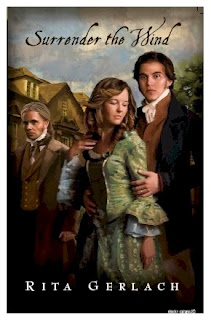 Surrender the Wind by Rita Gerlach

When Juleah Braxton meets her best friend's American brother, he is nothing what she imagined he would be. He is battle scared from the Revolution, determined to restore his father's home in Virginia when he unexpectedly inherits his grandfather's estate in faraway England. Juleah's independent spirit and gentle soul wins Seth's heart and she becomes lady of the manor, enraging the man who sought her hand and schemed to make Ten Width his own. 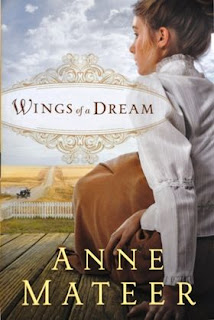 Wings of a Dream by Anne Mateer

Rebekah Hendricks dreams of a life far beyond her family's farm in Oklahoma, and when dashing aviator Arthur Samson promised adventure in the big city, she is quick to believe he's the man she's meant to marry. While she waits for the Great War to end and Arthur to return to her so they can pursue all their plans, her mother's sister falls ill. Rebekah seizes the opportunity to travel to Texas to care for Aunt Adabelle, seeing this chance to be closer to Arthur's training camp as God's approval of her plans.

But the Spanish flue epidemic changes everything. Faced with her aunt's death, Arthur's indecisiveness, and four children who have no one else to care for them, Rebeka is torn between the desire to escape the type of life she's always led and the unexpected love that just might change the dream of her heart. 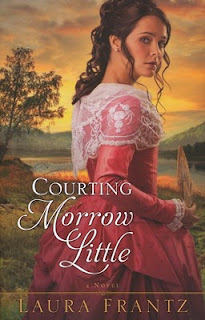 Morrow Little is haunted by the memory of the day her family was torn apart by raiding Shawnee warriors. Now that she is nearly a grown woman and her father is ailing, she must make difficult choices about the future. Several men--ranging from the undesired to the unthinkable--vie for her attentions, but she finds herself inexplicably drawn to a forbidden love that both terrifies and intrigues her. Can she betray the memory of her lost loved ones--and garner suspicion from her friends--by pursuing a life with him? Or should she seal her own misery by marrying a man she doesn't love? This sweeping tale of romance and forgiveness will envelop readers as it takes them from a Kentucky fort through the vast wilderness to the west in search of true love. 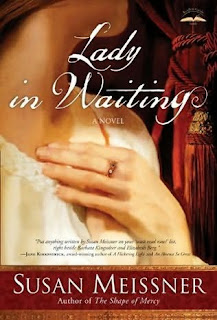 Lady in Waiting by Susan Meissner

Content in her comfortable marriage of twenty-two years, Jane Lindsay had never expected to watch her husband, rad, pack his belongings and walk out the door of their Manhattan home. But when it happens, she feels powerless to stop him and the course of events that follow Brad’s departure.

Jane finds an old ring in a box of relics from a British jumble sale and discovers a Latin inscription in the band along with just one recognizable word: Jane. Feeling an instant connection to the mysterious ring bearing her namesake, Jane begins a journey to learn more about the ring—and perhaps about herself.

In the sixteenth-century, Lucy Day becomes the dressmaker to Lady Jane Grey, an innocent young woman whose fate seems to be controlled by a dangerous political and religious climate, one threatening to deny her true love and pursuit of her own interests.

As the stories of both Janes dovetail through the journey of one ring, it becomes clear that each woman has far more infl uence over her life than she once imagined. It all comes down to the choices each makes despite the realities they face. 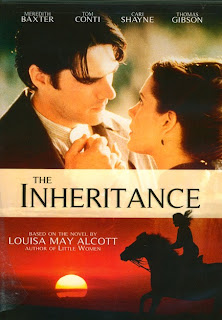 At the lush Evenswood estate in Concord, Massachusetts, Edith Adelon (Cari Shayne), a beautiful orphan, lives as the paid companion to the daughter of the wealthy Hamilton family, although they regard her as one of their own. As the Hamiltons await a trio of visitors for the annual Greens Cup horse race, Beatrice Hamilton (Meredith Baxter) asks for Edith's help in finding a suitable husband for a cousin, Ida Glenshaw (Brigid Walsh Brannagh), with one of two visiting elegible bachelors. But when it comes clear that both the young men have affection for Edith and not Ida, jealousy soon develops, leading to malicious conniving and brutal backstabbing. Despite the growing love between Edith and one of the young suitors, because of their conflicting social classes, the couple is reminded time and again that their love can never be. Approx. 93 minutes.

Read and reviewed:
Turning Pages by Tristi Pinkston (cute and fun story)
The Widow's Redeemer by Philippa Jane Keyworth (I loved this Regency romance!)
Unspoken: A Story from the Underground Railroad by Henry Cole (a children's wordless story that should become a classic)