Mailbox Monday and It's Monday, What Are You Reading? Dec 17 Edition

Posted by Laura at Library of Clean Reads on December 16, 2012 in Its Monday What Are You Reading? Mailbox Monday | Comments : 0 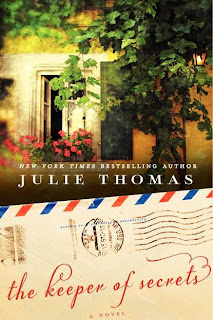 The Keeper of Secrets by Julie Thomas (through Edelweiss)

A priceless violin. A family torn apart. A decision that could change everything.

Berlin, 1939. Fourteen year old Simon Horowitz is awash in a world of music. His family owns a superb collection of instruments and at its heart is his father's 1742 Guarneri de Gesu violin. But all is lost when the Nazis march across Europe and Simon and his father and brother are sent to Dachau. Amid unimaginable cruelty and death, Simon finds kindness from an unexpected corner, and a chance to pick up a violin again, a chance to live.

In the present day, orchestra conductor Rafael Gomez has seen much in his time on the world's stage, but he finds himself oddly inspired by the playing of an aspiring violin virtuoso, a fantastic talent who is only just fourteen. Then the boy, Daniel Horowitz, suddenly refuses to play another note, and Rafael knows he'll do anything he can to change that. When he learns the boy's family once owned a precious violin, believed to have been lost forever, Rafael thinks he might know exactly how to get Daniel playing again. In taking on the task he discovers a family story like no other that winds from World War II and Communist Russia all the way to Rafael's very own stage. 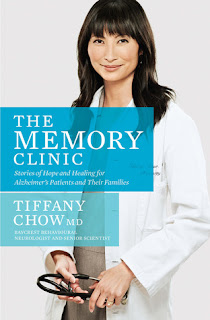 The Memory Clinic by Tiffany Chow M.D. (through Netgalley)

Dr. Tiffany Chow offers knowledge and hope for an illness where there is, as yet, no cure. “This book is a summary of what I’ve learned through my research or from my colleagues about prevention and management of dementia,” says the empathetic doctor. “Even where there is a family history of Alzheimer’s disease, people at risk can do things to prevent its onset or progression.”

Through her grandmother Ah Quan, born in 1906 in Hawaii of Chinese ancestry, Chow has a genetic legacy of Alzheimer’s disease. Comparing her life with her grandmother’s, she probes what she and other women can do to mitigate the impact of genetics through nutrition, exercise, and through the concepts of cerebral reserve and brain plasticity. But it is in her front-line role managing the suffering caused by dementia and aiding caregivers where Chow’s compassionate voice is most inspiring.

The Memory Clinic is instructive and reassuring, and is a fascinating guide through the mysterious twists of the brain. 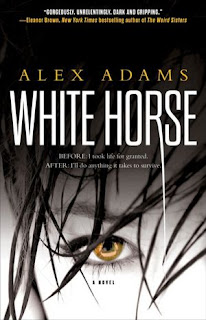 Thirty-year-old Zoe leads an ordinary life until the end of the world arrives. She is cleaning cages and floors at Pope Pharmaceuticals when the president of the United States announces that human beings are no longer a viable species. When Zoe realizes that everyone she loves is disappearing, she starts running. Scared and alone in a shockingly changed world, she embarks on a remarkable journey of survival and redemption. Along the way, Zoe comes to see that humans are defined not by their genetic code, but rather by their actions and choices.White Horse offers hope for a broken world, where love can lead to the most unexpected places. 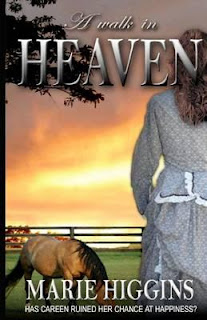 A Walk in Heaven by Marie Higgins (Kindle edition)

In the early hours of the morning, Careen becomes Matthew Grayson’s wife…and then in a blink of an eye, his widow. How can she tell the family she’s never met that her own cousin is responsible for their son’s death? While she waits for the right moment to admit the cousin’s guilt, a budding attraction grows between Careen and her new brother-in-law, Joshua. But this will only complicate matters, especially when the truth finally comes out.

Joshua Grayson could never understand why his brother left the family ranch to wed – in secret – a woman he’d never met. And now Matthew is dead. Killed just moments after taking his wedding vows. Joshua struggles with both resentment and a growing attraction for his mysterious sister-in-law. He knows Careen is hiding something, but can he give love another chance or is he just setting up his heart for another break? 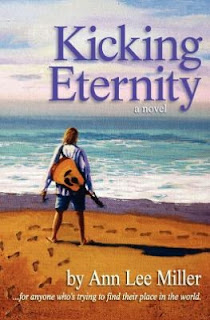 Stuck in sleepy New Smyrna Beach one last summer, Raine socks away her camp pay checks, worries about her druggy brother, and ignores trouble: Cal Koomer. She’s a plane ticket away from teaching orphans in Africa, and not even Cal’s surfer six-pack and the chinks she spies in his rebel armor will derail her.

The artist in Cal begs to paint Raine’s ivory skin, high cheek bones, and internal sparklers behind her eyes, but falling for her would caterwaul him into his parents’ life. No thanks. The girl was self-righteous waiting to happen. Mom served sanctimony like vegetables, three servings a day, and he had a gut full.

Rec Director Drew taunts her with “Rainey” and calls her an enabler. He is so infernally there like a horsefly—till he buzzes back to his ex. Raine’s brother tweaks. Her dream of Africa dies small deaths. Will she figure out what to fight for and what to free before it’s too late?

For anyone who’s ever wrestled with her dreams.

Currently reading:
Sixty Acres and a Bride by Regina Jennings
The Infinity Ring #1: A Mutiny in Time by James Dashner (with my daughter)