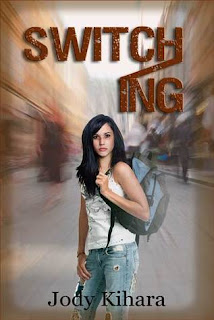 This is the second book I read by Jody Kihara that I absolutely love. Her first book The Frankincense Trail blew me away with its exotic historical setting and Switching is contemporary time travel with a twist. Both unique settings. I began to read this book with my daughter, but soon afterwards she picked it up without me and read it non-stop over a weekend. “Mom, I can't put this book down!” was her comment to me when I called her to dinner several times to no avail. I have never seen her so engrossed in a YA book before.

For the past nine months, Terry has been waking up in a different time--time travelling or switching as she calls it. It happens randomly, without her control, and the worst part is that she doesn't remember anything about herself or her life before she started switching. She's a teenager who has had to learn to fend for herself, sleeping in shelters and stealing money to survive. Alone, without being able to tell anyone about her predicament because who would believe her? She misses her parents and this pulled at my heartstrings. And then she meets other time travellers like her and an explanation is given about why they time travel and a plausible plan to return home is explored. But there are obstacles that might prevent this from happening.

This book kept me and my daughter guessing throughout. With twists and turns, characters with hidden secrets, and a play on how tricky the mind can be, we didn't know how it would all turn out. My daughter thought the way the story was told was amazing and she said the time travel theory made sense. I thought this aspect was well thought-out and unique as far as time travelling theories.

My daughter also liked Terry's character, admiring her courage and strength. I did too. There is some romance in this novel, and I liked Joshua and Woody's friendship. I wasn't always sure what David's agenda was, and I had hoped to know what happened to him in the end. My daughter, of course, didn't want the book to end.

This was a suspenseful, engaging story that brought tears to my eyes in the end. It left my daughter aching because of the bittersweet ending. I saw how powerful this book was by her reaction. Kihara has a way of pulling you into a character's world and not letting go until the last page. I can't wait to see what she comes up with next!


Note: This book is rated P = a few religious expletives.
I will count this book toward the following challenges: Time Travel Reading Challenge 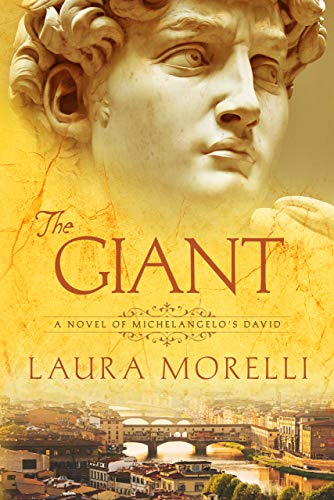