Mailbox Monday and It's Monday, What Are You Reading? for October 15

Posted by Laura at Library of Clean Reads on October 14, 2012 in Its Monday What Are You Reading? Mailbox Monday | Comments : 0

My giveaway of Ruins of Lace Gift Basket is still running until Tuesday Oct 16. Enter for a chance to win this beautiful and unique gift!

No books for review this week. I bought this book after seeing it on sale at Coles. 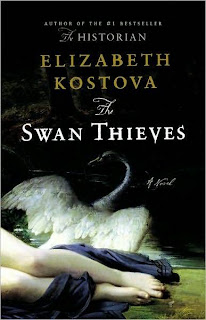 The Swan Thieves by Elizabeth Kostova

Psychiatrist Andrew Marlow, devoted to his profession and the painting hobby he loves, has a solitary but ordered life. When renowned painter Robert Oliver attacks a canvas in the National Gallery of Art and becomes his patient, Marlow finds that order destroyed. Desperate to understand the secret that torments the genius, he embarks on a journey that leads him into the lives of the women closest to Oliver and a tragedy at the heart of French Impressionism.

Kostova's masterful new novel travels from American cities to the coast of Normandy, from the late 19th century to the late 20th, from young love to last love. THE SWAN THIEVES is a story of obsession, history's losses, and the power of art to preserve human hope. 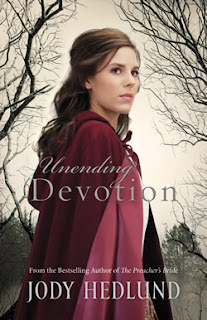 In 1883 Michigan, Lily Young is on a mission to save her lost sister, or die trying. Heedless of the danger, her searches of logging camps lead her to Harrison and into the sights of Connell McCormick, a man doing his best to add to the hard-earned fortunes of his lumber baron father.

Posing during the day as a photographer's assistant, Lily can't understand why any God-fearing citizen would allow evil to persist and why men like Connell McCormick turn a blind eye to the crime rampant in the town. But Connell is boss-man of three of his father's lumber camps in the area, and like most of the other men, he's interested in clearing the pine and earning a profit. He figures as long as he's living an upright life, that's what matters.

Lily challenges everything he thought he knew, and together they work not only to save her sister but to put an end to the corruption that's dominated Harrison for so long.

Finished reading:
A Voice in the Wind by Francine Rivers (Fascinating and epic)

Still Listening to:
Hold On to Your Kids: Why Parents Need to Matter More Than Peers by Gordon Neufeld and Gabor Maté  (Insightful)