Mailbox Monday was created by Marcia who now blogs at Mailbox Monday. It is the gathering place for readers to share the books that came into their house last week. Alternative Read will be hosting for the month of June. You can also view the touring blog list here for the upcoming months. 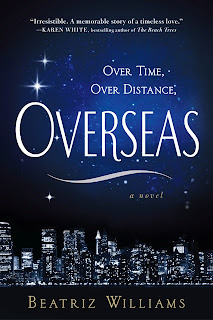 Overseas by Beatriz Williams (for review)

When twenty-something Wall Street analyst Kate Wilson attracts the notice of the legendary Julian Laurence at a business meeting, no one’s more surprised than she is. Julian’s relentless energy and his extraordinary intellect electrify her, but she’s baffled by his sudden interest. Why would this handsome British billionaire—Manhattan’s most eligible bachelor—pursue a pretty but bookish young banker who hasn’t had a boyfriend since college?

The answer is beyond imagining . . . at least at first. Kate and Julian’s story may have begun not in the moneyed world of twenty-first-century Manhattan but in France during World War I, when a mysterious American woman emerged from the shadows of the Western Front to save the life of Captain Julian Laurence Ashford, a celebrated war poet and infantry officer.

Now, in modern-day New York, Kate and Julian must protect themselves from the secrets of the past, and trust in a true love that transcends time and space. 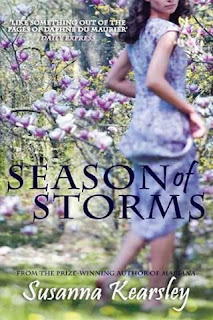 In the early 1900s, in the elegant, isolated villa Il Piacere, the playwright Galeazzo D'Ascanio lived for Celia Sands. She was his muse and his mistress and the inspiration for his most stunning and original play. But the night before she was to take the stage in the leading role, Celia disappeared. Now, decades later, in a theatre on the grounds of Il Piacere, Alessandro D'Ascanio is preparing to stage the first performance of his grandfather's masterpiece. A promising young actress - who shares Celia Sands' name, but not her blood - has agreed to star. She is instantly drawn to the mysteries surrounding the play - and to her compelling, compassionate employer. And even though she knows she should let the past go, in the dark - in her dreams - it comes back. 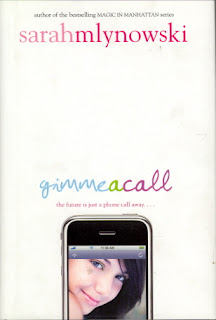 Gimme a Call by Sarah Mlynowski (bought at author event)

Devi's life isn't turning out at all like she wanted. She wasted the past three years going out with Bryan—cute, adorable, break-your-heart Bryan. Devi let her friendships fade, blew off studying, didn't join any clubs . . . and now that Bryan has broken up with her, she has nothing left.

Not even her stupid cell phone—she dropped it in the mall fountain. Now it only calls one number . . . hers. At age fourteen, three years ago! Once Devi gets over the shock—and convinces her younger self that she isn't some wacko—she realizes that she's been given an awesome gift. She can tell herself all the right things to do . . . because she's already done all the wrong ones! Who better to take advice from than your future self? Except . . .what if getting what you think you want changes everything?