My 8 year-old son loves non-fiction books about space, animals, dinosaurs and fun facts. However, when it comes to novels...he's not such a big fan unless I'm reading the book to him. He's reading chapter books in French because he goes to French school. So I wanted to find him some fun but easy chapter books he could read on his own without losing interest partway. I was thrilled when he read both of these books and asked for more like them! 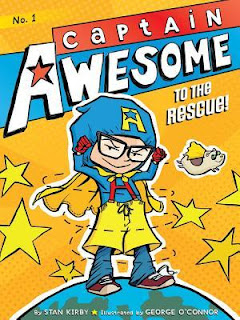 When the McGillicudy family relocates to a new town called Sunnyview, Eugene starts a new school, finds a best friend, and even finds time to defend his toys from his two-year-old little sister, Molly! Luckily for Sunnyview, Captain Awesome is there to protect the town (and the universe) from a hilarious cast of comical “bad guys.”

This is the perfect book for reluctant boy readers. It has large type and is illustrated on each page spread. And it's about a boy who pretends to be a superhero! My 8 year-old has a vivid imagination, and I could see that he could relate to Eugene. My son said that he thought the book had a slow start and it really got interesting when Eugene went to school, made a new friend, and saved the day from the bully girl.

This is the first book in the Captain Awesome series. There are 6 books that are being released between now and October. My son already told me he wants to read the next one. If you have a boy who is reluctant to read or who is going to French school and needs to improve his English skills, this may be the series for him. 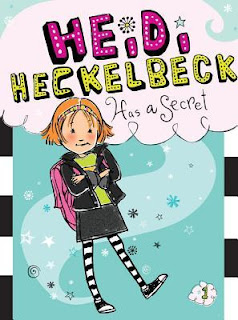 Synopsis:
Heidi Heckelbeck seems like any other eight-year-old, but she has a secret: She’s a witch in disguise. Careful to keep her powers hidden (but excited to use them all the same), Heidi’s learning to live like any other kid—who just happens to be witch.

Heidi and her brother Henry have always been homeschooled—until now. But Heidi is not happy about attending Brewster Elementary, especially not when meanie Melanie Maplethorpe turns Heidi’s first day of school into a nightmare by announcing that Heidi is smelly and ruining her art project. Heidi feels horrible and never wants to go back to school—but while sulking in her room at home, she remembers her special medallion and Book of Spells. With a little bit of carefully concealed magic, Heidi might be able to give Melanie a taste of her own medicine…

Our thoughts:
Like Captain Awesome, this is a new series that focuses on easy-to-read chapter books with large type and illustrations on every page spread, but this time, for girls. Since it came with the Captain Awesome book, my son decided to read it too and he liked it, except for the secret.

Heidi is also eight years old and she also has to put up with Melanie, a mean girl at school, on the first day. But Heidi has a secret and she is planning on using it to get back at the mean girl. The story ends revealing Heidi's secret: that she is a witch. The reader now must wait until Book 2 to find out exactly what spell Heidi is going to cast on Melanie. If my daughter had read this book, I know she would hate this kind of ending, where the plot is not resolved at the end of the book. My son, on the other hand, just shrugged, and said that it ended that way so Book 2 could be written!

There are 5 books that are being released between now and  September. The illustrations are super cute and reluctant girl readers will be able to relate to Heidi's school dilemmas. My kids, however, never liked witches so they would probably not continue reading this series.

Disclosure: Thanks to Dawn Ryan from Simon and Schuster for sending us these books for review. We were not compensated in any other way, nor told how to rate or review these products. 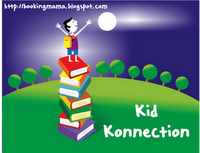