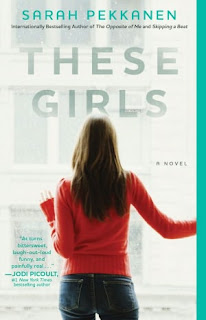 These Girls by Sarah Pekkanen

Cate, Renee, and Abby have come to New York for very different reasons, and in a bustling city of millions, they are linked together through circumstance and chance. Cate has just been named the features editor of Gloss, a high-end lifestyle magazine. It’s a professional coup, but her new job comes with more complications than Cate ever anticipated. Her roommate Renee will do anything to nab the plum job of beauty editor at Gloss. But snide comments about Renee’s weight send her into an emotional tailspin. Soon she is taking black market diet pills—despite the racing heartbeat and trembling hands that signal she’s heading for real danger.

Then there’s Abby, whom they take in as a third roommate. Once a joyful graduate student working as a nanny part time, she abruptly fled a seemingly happy life in the D.C. suburbs. No one knows what shattered Abby—or why she left everything she once loved behind. Pekkanen’s most compelling, true-to-life novel yet tells the story of three very different women as they navigate the complications of careers and love—and find the lifeline they need in each other. 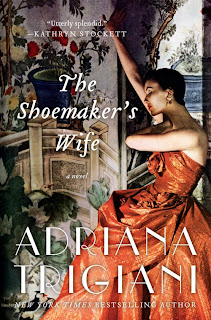 The Shoemaker's Wife by Adriana Trigiani


The majestic and haunting beauty of the Italian Alps is the setting of the first meeting of Enza, a practical beauty, and Ciro, a strapping mountain boy, who meet as teenagers, despite growing up in villages just a few miles apart. At the turn of the last century, when Ciro catches the local priest in a scandal, he is banished from his village and sent to hide in America as an apprentice to a shoemaker in Little Italy. Without explanation, he leaves a bereft Enza behind. Soon, Enza's family faces disaster and she, too, is forced to go to America with her father to secure their future.

Unbeknownst to one another, they both build fledgling lives in America, Ciro masters shoemaking and Enza takes a factory job in Hoboken until fate intervenes and reunites them. But it is too late: Ciro has volunteered to serve in World War I and Enza, determined to forge a life without him, begins her impressive career as a seamstress at the Metropolitan Opera House that will sweep her into the glamorous salons of Manhattan and into the life of the international singing sensation, Enrico Caruso.

From the stately mansions of Carnegie Hill, to the cobblestone streets of Little Italy, over the perilous cliffs of northern Italy, to the white-capped lakes of northern Minnesota, these star-crossed lovers meet and separate, until, finally, the power of their love changes both of their lives forever. 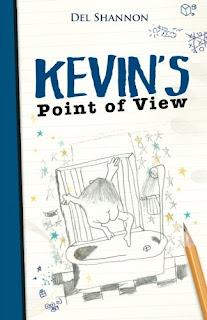 Kevin Tobin is a relatively ordinary 12-year-old dealing with the aftermath of his father's death in a mountain biking accident near their home in Boulder, Colorado. To escape from his emotional turmoil, Kevin has developed his imagination into a dangerous foil and a powerful ally. While he antagonizes his sister through his superhero antics on an average Wednesday morning, his ability to escape inside a character's head become critical to his survival after his life is once-again turned upside down a year after his father's death. A mysterious package arrives in the mail, Kevin and his best friend are hunted down by a ruthless villain set upon world domination, and after enlisting Kevin's teenage sister and her pizza-delivery boyfriend in a battle for control over time itself, the secret of Kevin's whole existence is revealed to him by a source we never expected. Del Shannon's imaginative story, appreciation for the powers of family and the desire of young boys to both escape reality and prove themselves within it, and fast-paced, adventure-filled storytelling style make this a book with wide appeal for readers of all ages. 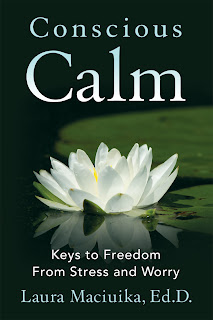 Conscious Calm: Keys to Freedom From Stress and Worry by Laura Maciuika

Ready to transform stress and worry for good? When you are stressed and worried, looking for lasting stress relief can be overwhelming. There is so much information it's hard to know where to start and what to do. Conscious Calm makes it simple. This book focuses on the internal patterns of stress that often go unnoticed, and shows you how to undo those patterns so that lasting calm becomes possible. Conscious Calmreveals 9 Stress Secrets that can keep you stuck in stress, and 9 Conscious Calm Keys to experiencing stress relief and peace of mind. Integrating science and wisdom from both East and West, Conscious Calm uncovers the inner stress traps that we fall into, and provides a clear, step by step guide to transforming stress into lasting calm, inner peace and greater happiness. 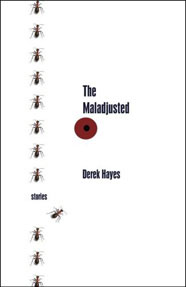 The Maladjusted by Derek Hayes

Sixteen clever and insightful stories about people who fail to meet fundamental social or cultural expectations. Hayes’ short stories are accessible, immediate, and convenient, and lend themselves to a contemporary, fast-paced audience.