Posted by Laura at Library of Clean Reads on February 05, 2012 in Mailbox Monday | Comments : 0

Mailbox Monday was created by Marcia at A Girl and Her Books. It is the gathering place for readers to share the books that came into their house last week. Kim will be hosting for the month of February at Metroreader: Reading One Mile at a Time. You can also view the touring blog list at Mailbox Monday blog for the upcoming months. 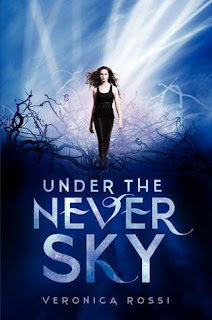 Under the Never Sky by Veronica Rossi

Since she’d been on the outside, she’d survived an Aether storm, she’d had a knife held to her throat, and she’d seen men murdered. This was worse.

Exiled from her home, the enclosed city of Reverie, Aria knows her chances of surviving in the outer wasteland—known as The Death Shop—are slim. If the cannibals don’t get her, the violent, electrified energy storms will. She’s been taught that the very air she breathes can kill her. Then Aria meets an Outsider named Perry. He’s wild—a savage—and her only hope of staying alive.

A hunter for his tribe in a merciless landscape, Perry views Aria as sheltered and fragile—everything he would expect from a Dweller. But he needs Aria’s help too; she alone holds the key to his redemption. Opposites in nearly every way, Aria and Perry must accept each other to survive. Their unlikely alliance forges a bond that will determine the fate of all who live under the never sky. 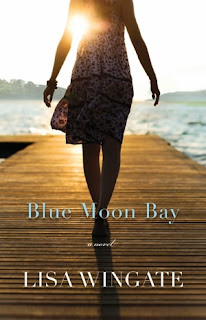 Heather Hampton returns to Moses Lake, Texas, to help facilitate the sale of a family farm as part of a planned industrial plant that will provide the area with much-needed jobs. Heather's future fiance has brokered the deal, and Heather is in line to do her first large-scale architectural design--if the deal goes through.

But the currents of Moses Lake have a way of taking visitors on unexpected journeys. What was intended to be a quick trip suddenly morphs into Valentine's week--with Blaine Underhill, the handsome banker who just happens to be opposing Heather's project. Spending the holiday in an ex-funeral parlor seems like a nightmare, but Heather slowly finds herself being drawn into the area's history, hope, and heart. 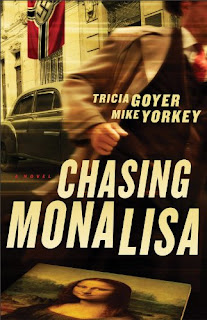 It is August 1944 and Paris is on the cusp of liberation. As the soldiers of the Third Reich flee the Allied advance, they ravage the country, stealing countless pieces of art. Reichsmarschall Hermann Göring will stop at nothing to claim the most valuable one of all, the Mona Lisa, as a post-war bargaining chip to get him to South America. Can Swiss OSS agents Gabi Mueller and Eric Hofstadler rescue DaVinci's masterpiece before it falls into German hands?

With nonstop action, Chasing Mona Lisa is sure to get readers' adrenaline pumping as they join the chase to save the most famous painting in the world. From war-ravaged Paris to a posh country chateau, the race is on--and the runners are playing for keeps. 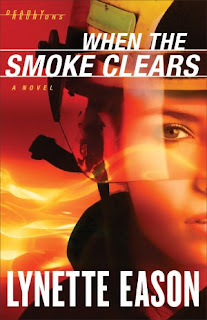 As a member of the North Cascades Smokejumpers, Alexia Allen always takes care of the equipment that keeps her safe. So when she nearly dies in a fire due to equipment failure, she knows something is up. Ordered to take time off while the investigation continues, Alexia makes a last-minute decision to recuperate at her mother's home and attend her high school reunion. Yet trouble seems to be following her, and within hours of arriving home she's involved with murder, arson--and a handsome detective. But the conflicts ahead are nothing compared to the ghosts of her past. As she strives to remember and forgive her family history, she must also decide if the secret she's been guarding for the last ten years must finally come to light.

Chock-full of the suspense and romantic tension readers have come to expect from Lynette Eason, When the Smoke Clears is the explosive first book in the Deadly Reunions series. 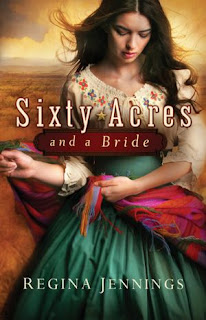 With nothing to their names, young widow Rosa Garner and her mother-in-law return to Texas and the family ranch. Only now the county is demanding back taxes and the women have only three months to pay.

Though facing eviction, Rosa can't keep herself from falling in love with the countryside and the wonderful extended family who want only her best. Learning the American customs is not easy, however, and this beautiful young widow can't help but catch wandering eyes. Where some offer help with dangerous strings attached, only one man seems honorable. But when Weston Garner, still grieving his own lost love, is unprepared to give his heart, to what lengths will Rosa go to save her future? 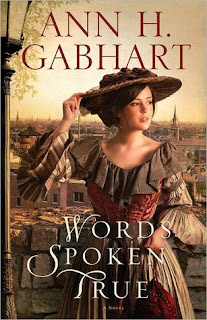 Adriane Darcy was practically raised in her father's newspaper offices. She can't imagine life without the clatter of the press and the push to be first to write the news that matters. Their Tribune is the leading paper in Louisville in 1855. Then Blake Garrett, a brash young editor from the North with a controversial new style of reporting, takes over failing competitor the Herald, and the battle for readers gets fierce.

When Adriane and Blake meet at a benefit tea, their surprising mutual attraction is hard to ignore. Still, Blake is the enemy, and Adriane is engaged to the son of a powerful businessman who holds the keys to theTribune's future. Blake will stop at almost nothing to get the story--and the girl. Can he do both before it's too late?

Set against the volatile backdrop of political and civil unrest in 1850s Louisville, this exciting story of love and loyalty will hold readers in its grip until the very last page. Bestselling author Ann H. Gabhart once again delivers an enthralling and enduring tale for her loyal and ever-expanding fan base. 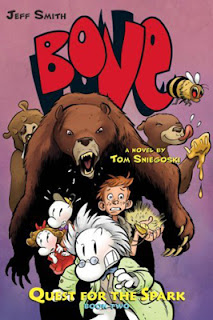 Bone: Quest for the Spark #2 by Tom Sniegoski and Jeff Smith

The Nacht, the evil dragon that threatens to destroy both the Dreaming and the Waking World, is growing stronger, and twelve-year-old Tom Elm is the champion the Dreaming has chosen to defeat it. Along with Roderick the raccoon, Percival Bone and his nephew and niece, Randolf, Lorimar, and the two stupid Rat Creatures, Tom must race to find the missing pieces of the Spark. This leg of the journey introduces him to a trio of scheming bears and takes him into the depths of a dangerous beehive. And, on top of everything else, a traitor might be among them. . . .

Did you read any of these books?