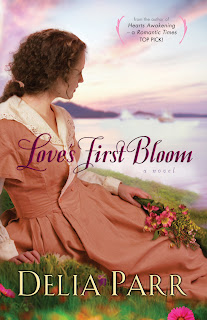 
New York City 1838. Ruth Livingstone is sent away in hiding by her father, Reverend Livingstone, while he awaits acquittal from the accusation that he killed a prostitute named Rosalie Peale. Rev Livingstone has spent most of his life helping prostitutes regain their faith and relocating them where they could start anew. Rosalie also had a secret child—Lily, an 18-month old—that no one knows about and Ruth takes her away with her to protect her.
The newspapers are having a field day and news of this case spreads far. Ruth is staying with friends of her father in the small town of New Jersey under an assumed name, but she fears she will be discovered by the hungry journalists who are trying to find her whereabouts since it is believed she is hiding evidence that will incriminate her father. Jake Spencer is a journalist who made a mistake years ago and now wants to redeem himself in his brother's eyes, proving he has what it takes to be a good partner to their newspaper. He is sent on an assignment to find Ruth and get the story before the other reporters. Jake finds her immediately and gradually falls for Ruth. Ultimately, he chooses to redeem himself in God's eyes rather than his brother's.
Although this is a heartwarming and sweet story, it was slow-going for me. I wasn't too crazy about Jake and there was no spark between him and Ruth. The whole time he was there was to try to get evidence from Ruth, deceiving her into believing he had an injured back and was seeking solitude. This book is filled with characters who proclaim faith in God, yet they are liars and justify this for a good cause. For this reason I had a hard time accepting the preaching in the book (there is much about putting trust and faith in God) when it is clear in the Bible that God does not approve of lying. (Col 3:9, Rev 22:15) I don't have anything against flawed characters, actually they are more realistic, but to relay the message that God rewards lying as a means to do good was not what I expected. If the message is to trust in God, then why should one have to disobey and rely on lying and deception?
Throughout the account, I wondered about Ruth. Although she had lived in New York all her life she had been sheltered. She was in her early twenties, yet I wondered what she had done with her life prior to her life in hiding. The book does not say. Had she no friends? No prospects of marriage? She was not involved in her father's work, so what did she do? And since she went missing, were not the authorities looking for her, especially considering the serious case with her father? It was also hard to believe that the other reporters did not find her and Jake did so easily. There were a few plot holes, and I was frustrated and bored with this story at some points. It could have been more exciting, what with her father being accused of murder, and his clandestine activity to help “fallen angels”. Ruth spends a lot of time crying, which was understandable under her circumstances, but there was too much of it for me.
Although predictable, I was happy with the ending, and Jake's choice was honourable. If you like sweet Christian romances, this one fits the bill, but don't expect anything too exciting.

Disclosure: Thanks to Jim Hart from Bethany House Publishers for sending me this book for review. I was not compensated in any other way, nor told how to rate or review this product.